“We represent 46 victim families [in the Lion Air plane crash]. We reached an agreement on four of those cases,” said Mark Lindquist of Herrmann Law Group. “Negotiations are ongoing. Our goals are justice for the victims, accountability from Boeing and safer skies for everyone– whether we get there by settlement or by trial.”

Lindquist said his firm started the negotiating process with victims who were single and childless and will move on to victims who have spouses and children.

He says when victims have a spouse and/or children, “full and fair compensation is going to be a larger amount…We have to look out for those children who are going to grow up without with a parent.”

Lindquist said it’s impossible to say how long negotiations will take for the other 42 families.

Earlier Wednesday, the families of victims in the Lion Air crash were told by Indonesian investigators that poor regulatory oversight and the design of Boeing’s 737 Max contributed to the fatal disaster. Investigators provided victims’ relatives with a summary of their final report on the crash.

Peter Pedraza, a spokesman for Boeing, said the company would not comment on the lawsuit directly.

“We extend our deepest condolences to the families and loved ones of all those onboard Lion Air Flight 610,” he said. 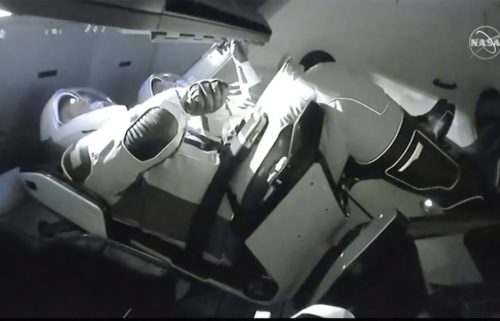