EL PASO, Texas -- The driver who allegedly struck and seriously wounded an El Paso firefighter — and then drove off — earlier this month has been arrested, police announced Tuesday night.

The SUV involved in the incident was also found, El Paso police said, indicating that "a tip from a citizen who 'heard something'" led to the arrest of 46–year-old Shiloh Danielle Hutchings.

Hutchings was being held Wednesday in the El Paso County downtown jail on $100,000 bond on a charge of 'accident involving serious bodily injury.'

Court records reviewed by ABC-7 on Wednesday reflected that Hutchings has a history of driving offenses and other arrests dating back two decades.

She has faced charges of drunk driving, driving without a valid license and driving without insurance. Other past criminal charges included assault causing bodily injury, property theft and drug possession.

Police, along with the assistance of the U.S. Marshals Service fugitive task force, arrested Hutchings on Tuesday afternoon at a hotel on Dyer Street. Her arrest came after officers said they also found the involved vehicle, a blue 2006 Chevrolet Tahoe with no plates, at a business on Rushing Street.

Firefighter Armando Lopez was hurt after responding to an accident scene on Transmountain Road at Paseo Del Norte during the early morning hours of Feb. 12 in what police called a hit-and-run.

Authorities had launched a city-wide search for what was described as a dark colored SUV or pickup truck with windshield damage that left the scene after hitting the firefighter.

As of late last week, friends said Lopez was still trying to recover from his injuries and remained hospitalized in stable condition. They set up a GoFundMe account to aid in paying his hospital bills. 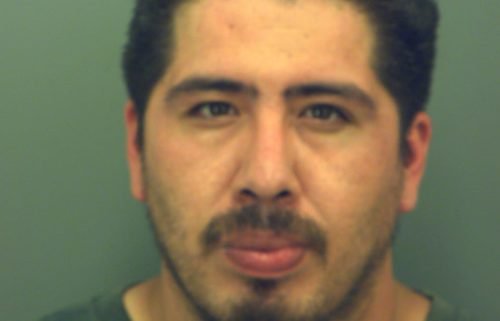