California’s largest utility is working to restore power to tens of thousands of customers after another round of intentional power cuts in Northern California.

About 179,000 customers who lost electricity in the latest effort to prevent the Pacific Gas and Electric Company’s equipment from sparking wildfires will have power by Friday night or sooner, the utility announced Thursday.

The blackout has impacted parts of 17 counties, including Sonoma and Napa since it started Wednesday.

A weather “all clear” was issued for most counties after wind conditions improved Thursday morning. The power cut is expected to continue in Kern County until winds slow down midday Friday, the utility said.

Red-flag warnings are in place for more than 25 million people in Northern and Southern California, which means soaring temperatures, low humidity and stronger winds will increase the risk of fire dangers.

The shutoff aims to prevent wildfires that could be caused by high winds downing live power equipment. In recent years, PG&E has been under fire for the role its equipment played in a series of catastrophic blazes across the state, including last year’s deadly Camp Fire.

Intentional shutoffs have been an issue for California residents in past weeks and utility officials said more could be coming.

The utility is considering a second blackout due to the possibility of strong winds in Sierra Foothills, North Bay, Peninsula, Central Coast, East Bay and Humboldt on Saturday.

Customers should charge communications, medical and other devices “while the power remains on,” the utility said.

More than 15,000 customers were impacted when another utility, Southern California Edison (SCE), shut off power elsewhere in the state, citing weather conditions.

Those customers were mostly located in Kern County, the company said, but there were also intentional outages in Los Angeles, Riverside, San Bernardino and Ventura counties.

Another 286,000 customers remained under consideration for the power cutoffs Thursday morning, SCE said.

The power shutoff comes as a wildfire scorched thousands of acres overnight, according to the California Department of Forestry and Fire Protection.

The blaze was fueled in part by high winds, with gusts of up to 76 mph reported nearby, the National Weather Service said.

PG&E is aware of the blaze and said in a statement it is near the power shutoff footprint. There were about 28,000 customers without power in parts of Sonoma County, the company said.

Another fire prompted evacuations in Southern California. The Old Water Fire broke out around 2 a.m. Thursday, and burned about 75 acres, according to the San Bernardino National Forest Service. The fire was about 30% contained by early Thursday afternoon.

It’s the second time this month that PG&E has shut off power to hundreds of thousands of Californians in a program slammed by Gov. Gavin Newsom and other officials.

The decision for the power shutoff was based on forecasts of dry, hot and windy weather that could lead to sparks on the electric system and rapid spread of wildfire, the utility said.

On Thursday, Newsom sent a letter to all three utilities — PG&E; Edison International, of which SCE is a subsidiary; and San Diego Gas & Electric — criticizing them for not adhering to agreements made with California officials when they proposed the shutoffs.

The utilities, Newsom claimed, had not followed protocols agreed upon with the Governor’s Office of Emergency Services and Cal Fire, such as notifying local and state emergency officials about the shutoffs with at least 72-hour notice and only using the shutoffs as a “last resort.”

“These agreed protocols and measures have not been followed universally, nor sufficiently,” Newsom wrote. “The only consistency has been inconsistency.”

“Californians are wary and skeptical of their electric utilities,” he added. “Transparency and an adherence to your commitments to use power shutoffs only as a last resort are critical first steps to building the trust of utility customers, state and local government, and emergency responders.”

PG&E and SCE responded, indicating that they understood the power outages were inconvenient to residents and disruptive.

PG&E said that before and during any outage, the company had “closely coordinated” with state authorities.

“We appreciate the feedback we’re received from the Governor’s office, state agencies, our customers and our communities since the last safety shutoff,” a statement said. “We’ve taken those requests and suggestions seriously and are working to implement many of them for this and future (Public Safety Power Shutoff) events.”

“We do everything we can to minimize the impact and communicate to customers actively,” SCE said in another statement.

Residents lash out at utility company

While the scope of this week’s shutoff is less than the nearly 800,000 customers left in the dark earlier this month, residents said the effects are just as wide-ranging.

Zendy Olguin said the power will be on in their St. Helena house, but the ripple effects of the outage will go way beyond home.

Her kids’ learning activities will be affected by the power shutoff and she has to find someone to keep an eye on them after school, she said.

“That means that either mom or dad have to stay home and watch them because my understanding is the Boys & Girls Club is closed too when our power goes out,” Olguin told CNN affiliate KPIX.

Charles Gautreaux, who also lives in St. Helena, lashed out at the utility company.

“Too much money has been spent not taking care things that should be taken care of. I’m really angry with the big shots.”

In Glenn County, PG&E said it appears its vehicle was targeted when the front passenger window was hit by a projectile from a pellet gun. An employee was not injured.

“I understand these shutoffs can make people upset and even angry but be upset at PG&E, don’t take it out on the people who are trying to help you,” CEO Bill Johnson told reporters.

The strong winds will taper off

Strong winds are expected to peak overnight and begin to taper off by Thursday, PG&E meteorologist Scott Strenfel said.

“Forecasts indicate the peak period of winds should end about noon Thursday in the Sierra Foothills, North Bay and San Mateo County, and around noon Friday in Kern County,” PG&E said.

Once the high winds end, the company will inspect the lines to ensure there’s no damage before restoring power. It said it plans to restore the vast majority of power within 48 hours after the weather has passed.

In Southern California, extreme fire danger is in place for Thursday into Friday. About 331,990 customers in the region are under consideration for shutoff due to windy conditions and an increased risk of potential wildfires, officials said.

The next shutoff may be just days away as another potential period of offshore wind pattern aims for Northern California on Saturday night.

It could be the strongest wind event of the season, potentially stronger than the one earlier this month, Strenfel said.

“Things could still evolve,” he cautioned. Complicating things, the vegetation that fuels fires will be as dry as it has been at any time this year. “It could have the potential to be a very significant event.”

That wind event could last until Monday afternoon, he said. 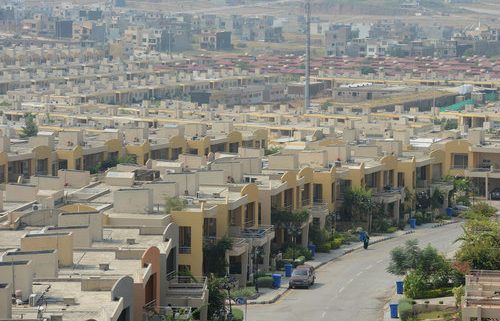