As the Chicago teachers’ strike drags on, educators and union members formed a road block and locked arms Thursday during civil disobedience training.

“Whose streets?” chanted Beth Menz, a vice president at SEIU Healthcare Illinois Indiana, who was one of the instructors.

“Our streets!” they chanted in reply, sitting on the street together. In a session organized by the union, they were practicing civil disobedience and direct action tactics they might use if negotiations continue to stall.

More than 25,000 educators have been on strike for a week and negotiations have moved slowed.

Mayor Lori Lightfoot said Wednesday that she and the union want some of the same improvements for students — but it’s time for the union to stop striking. “There is a finite pot of money. We don’t have unlimited cash to keep funding the things that are aspirational and maybe things that, on values that we share,” she said.

But some union members and educators said they willing to get arrested to call more attention to issues they are striking for. They have demanded smaller class sizes, more support staff, and more school funding.

“It’s just not business as usual. We need to step things up. People are not listening,” CTU member Tracy Barrientos, who is part of the bargaining team, told reporters.

At the session on Thursday, union members learned about the principles and practices of civil disobedience, such nonviolence. One slide listed reasons not to take part in any action that could lead to arrests, such as concerns with immigration status and being the sole caregiver in their family.

Barrientos said she had practiced civil disobedience before, and was attending the course for a refresher.

“This is not something new for people in our communities, in black and brown communities. We’ve been doing this for decades … sit-ins, peaceful,” Barrientos said.

Jhoanna Maldonado, a CTU organizer, said the civil disobedience they are willing to practice is no different than the actions carried out during the Civil Rights movement.

Some 300,00 public school students missed school for the sixth day on Thursday. LaTanya McDade, chief education officer for Chicago Public Schools, said the top negotiating priorities with teachers have not been met, though 80 tentative agreements were reached on smaller issues.

“Unfortunately, this is the place that we’re at. But we know that this is the fight of our lives,” Maldonado said. 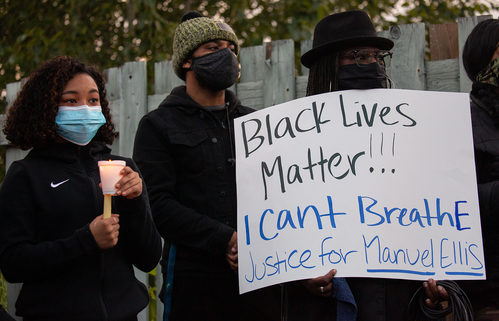