For decades, the most visible link between Russia and the continent of Africa was the Kalashnikov. Rebel groups, national militaries and even police officers carried the Soviet-designed AK-47 rifle. They still do.

But as Russian President Vladimir Putin hosted the vast majority of Africa’s leaders at the Black Sea resort of Sochi this week, it seemed that the more things change, the more they stay the same.

Fresh from signing a deal on the future of Syria, Putin told attendees at the inaugural Russia-Africa summit: “Russia has signed military-technical cooperation agreements with more that 30 countries, where we supply a large array of weaponry and hardware.

“Part of these supplies are done on a free-of-charge basis,” he added.

But analysts believe Russia’s renewed interest in the continent is hardly altruistic. Guests arriving in Sochi were treated to an exhibit of Russian-made military hardware: military helicopters, fighter jets, and armored vehicles.

The message is clear: the Kremlin is pitching itself to African governments as a reliable supplier of military expertise and modern weaponry — with few strings attached.

On the first day of the event, Russia announced plans to supply $4 billion worth of weaponry by the end of this year alone, and $14 billion more in the coming years. Russia is already the chief supplier of arms to both North Africa and sub-Saharan Africa, according to the Stockholm International Peace Research Institute.

During the Cold War, the Soviet Union was heavily involved in backing African liberation movements with arms and training in their fight against colonial powers. It is still not uncommon to meet senior African officials who speak Russian from their time at military academies in Moscow or Leningrad.

The fall of the Berlin Wall and subsequent collapse of the Soviet Union led to Russia’s broad disengagement from Africa.

But Putin changed all that, in keeping with his aims to expand Russia’s influence on the world stage. At the summit, Russia’s leader said it was possible to double his country’s trade volume in the continent over the next four to five years.

Details of Russia’s military aims are scant, but Moscow’s message in Sochi was simple: our weapons are cheaper than those provided by the Americans, and they aren’t dependent on human rights and democratic values.

“Our policies never aim to impose our cultural values, our democracy standards and so on, we always respect the sovereignty of our partners,” said Anton Morozov, member of the foreign affairs committee of Russia’s parliament said Thursday. “So in that sense it’s much more beneficial for the African countries to cooperate with Russia rather than other countries, including Western states.

Last December, in a major speech outlining the Trump administration’s “New Africa Strategy,” then national security adviser John Bolton singled out Russian and Chinese moves in Africa, describing both countries’ relationships with the continent as “predatory.”

Together with China, Bolton said Russian actions “threaten the financial independence of African nations; inhibit opportunities for US investment; interfere with US military operations; and pose a significant threat to US national security interests.”

The US military, through US Africa Command, has long been heavily involved in counter-terrorism and capacity building operations on the continent. Counter-terrorism aid to sub-Saharan Africa reached $1 billion between 2015-2018, according to the Security Assistance Monitor.

But the Pentagon has approved a long-awaited plan to reduce the number of US troops conducting counter-terrorism missions in Africa over the next three years, three US officials told CNN in December.

On a political level, US President Donald Trump has been little engaged on African issues during his tenure, part of a broader retreat from America’s international involvement.

It is a retreat that Putin seems to be exploiting. Russia can’t compete with China, the US or even the European Union in investment potential on the continent, but even prior to Sochi, it was getting more involved in direct and indirect military support.

CNN investigations have uncovered the role that a controversial Russian businessman — Yevgeny Prigozhin, dubbed “Putin’s chef” — has played in the Kremlin’s drive into Africa. Companies linked to Prigozhin have been involved in the deployment of Russian private soldiers in return for lucrative oil, gas and precious stones contracts in Sudan, the Central African Republic, Syria and elsewhere. Prigozhin declined to comment on CNN’s previous investigations.

Prigozhin is under US sanctions for meddling in the 2016 US presidential elections via Project Lakta, also know as the “troll factory.” The US Treasury ramped up the sanctions against him last month by putting his private jets on the list, one of which has been seen flying to multiple African countries, including the CAR and Sudan.

In Africa, Putin can skirt Western sanctions and exploit historic ties to many of Africa’s leaders and ruling parties, free from the historical baggage of colonialism.

It also indulges Putin’s penchant for headline-grabbing gestures. As he wined and dined African leaders in Sochi, twin Tu-160 nuclear capable bombers touched down at a military airport outside Pretoria, South Africa — a symbolic power-play that is likely a sign of things to come. 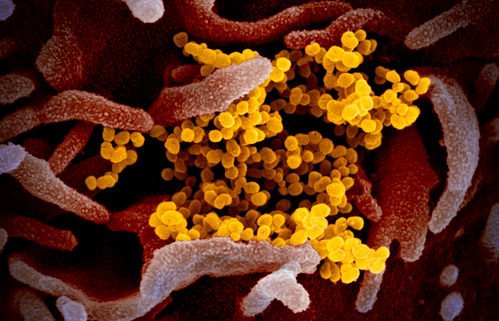