By now you may have heard of the Getty Fire, which broke out Monday morning in Los Angeles and is just one of several ongoing fires in California.

It’s the one affecting some higher-income areas of LA, even causing basketball superstar LeBron James to evacuate his home.

Wildfires are usually named after a nearby street, river, mountain, or other landmark. This fire broke out west of the 405 freeway, near the Getty Center.

For those of us unfamiliar with LA, here’s what “the Getty” actually is.

What is the Getty Center?

The Getty Center consists of different components, all of which are related to art.

The center is basically a large campus housing the J. Paul Getty Museum, along with the Getty Conservation Institute, the Getty Foundation and the Getty Research Institute.

It’s all funded by the J. Paul Getty Trust, a “cultural and philanthropic institution dedicated to the presentation, conservation, and interpretation of the world’s artistic legacy,” according to the website.

It sits on the foothills of the Santa Monica Mountains and takes up a whopping 110 acres — 86 of which are just landscaped gardens and terraces, according to the website.

Speaking of J. Paul Getty, who was he?

Getty was the founder of Getty Oil Company and one of America’s richest industrialists. Born in 1892 in Minneapolis, Getty became a millionaire by the age of 23 simply from his success as a wildcatter in California.

Just a few years later, in 1916, the Getty Oil Company was born. It later became a global conglomerate.

When he died in 1976, he left nearly $700 million — most of his personal estate — to the trust. Its name was shortened to the J. Paul Getty Trust in 1982 to allow engagement in more art programs beyond the museum — like the conservation institute, the research institute and the foundation, all of which opened in the 1980s. 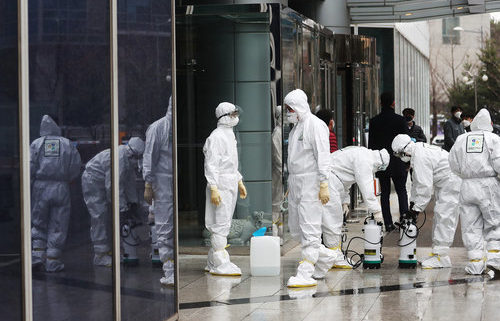