It’s so cold that the ground is frozen in Toksook Bay.

And for the census workers who’ve descended on this remote Alaskan fishing village, that’s a good thing.

It means they’ll have a chance to reach more people — and count them.

For most Americans, the 2020 census won’t begin for months. But for decades the decennial count has started early in Alaska, where large portions of the state aren’t connected by roads and can have spotty mail service.

“Alaska’s vast, sparsely settled areas traditionally are the first to be counted,” the Census Bureau says. “Local census takers must get a head start while the frozen ground allows easier access to the remote areas with unique accessibility challenges.”

And on Tuesday, they started in Toksook Bay — where around 660 people live, where snowmobiles are a major form of transportation, and where 54-year-old Robert Pitka says this is the biggest event the community has seen in his lifetime.

As the tribal administrator for the Nunakauyak Traditional Council, Pitka has been working with federal officials for more than a year to prepare for the census, which he describes as a “history-making event” for Toksook Bay.

“I’m still trying to grasp how I can explain it,” he says. “It’s special.”

The island village, where residents rely on subsistence fishing and hunting to survive, is located on the Bering Sea in southwest Alaska.

The Census director arrived wearing a parka to begin the count

Just how cold does it get in Toksook Bay?

The average high temperature in the region in January — their coldest month — is 12 degrees Fahrenheit.

“A cold spell hit in December before Christmas, and it’s been cold since, over a month continuously,” Pitka said. “Some days it’d be minus 10, minus 15, and the windchill factor is very low, very cold. Frostbite can occur in five minutes.”

US Census Bureau Director Steven Dillingham made a point of offering one piece of advice last week for anyone planning to travel there: Bring a heavy coat.

Census officials say Toksook Bay was selected to be the place where the first Americans are counted in 2020 because the majority of the village is Alaska Native — about 94% of residents are Yup’ik — and because the village is accessible by plane from the hub city of Bethel, Alaska, about 115 miles to the east.

Residents ride snowmobiles to get around

When the 2010 census began in Noorvik, Alaska, the director of the census traveled by dogsled to meet with residents and leaders there.

But in Toksook Bay, it’s more common for residents to use ATVs or snowmobiles — they call them “snow machines” — to get around in the winter.

In the summer, Pitka said, boats are commonly used to travel from place to place.

“We don’t have highways that go to other villages or cities,” he said.

Census officials point to their efforts in Toksook Bay as just one example of the lengths they plan to go to this year as part of the massive national push that will determine the number of representatives each state gets in Congress and how billions of dollars in federal funds are distributed.

“Different places have different challenges,” Dillingham said last week. “In Alaska, census takers often use small planes, they use boats, they use snowmobiles and other special means to reach people.”

But not all parts of the state get a head start on the census.

“Residents of Anchorage, Fairbanks and other large Alaska cities will respond to the 2020 Census online, by phone, or mail in mid-March with the rest of the country,” the Census Bureau says.

Leaders decided the village’s oldest resident would be counted first

Tribal leaders in Toksook Bay decided 90-year-old Lizzie Chimiugak, the village’s oldest resident, would be the first person counted in the 2020 census.

“It’s always been our cultural value, our traditional way of addressing, that elders come first before any event, and elders speak first before any ceremonial events,” Pitka said. “That is our way of life in all villages in Alaska…so selecting an elder for the first enumeration is special.”

Residents are sharing other parts of their culture as the census begins there, too, including a performance at Toksook Bay’s school featuring traditional dancing.

“It’s a great opportunity for us as a village to kind of show off who we are,” said Michael Robbins, principal of the Nelson Island School, named for the island where Toksook Bay and several other villages sit.

There’s no hotel, so visitors often spend the night at the school

Dance performances and a potluck meal aren’t the only things happening at the school.

Journalists covering the census are spending the night there, Robbins said, because there aren’t any hotels in town.

“They just have to be out of the classrooms by 8 o’clock, because we’re not canceling school,” he said.

The school is used to accommodating guests. Basketball teams who travel to Toksook Bay for games and other groups of out-of-town visitors regularly spend the night there, Robbins said.

For the school’s 191 students and their teachers, Robbins said this year’s census is a lesson they’ll never forget.

“It’s incredibly exciting for the social studies teachers that we have, like myself, to have something like this, and for it to be so important not only to our community, but for our whole country,” he said. “It’s great for our kids to see democracy in action.” 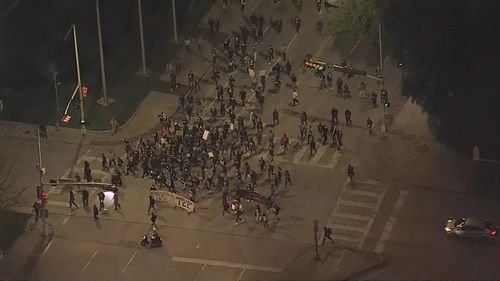 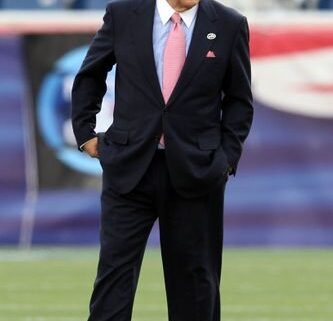