The surge in weekly applications was a stunning reflection of the damage the viral outbreak is inflicting on the economy. Filings for unemployment aid generally reflect the pace of layoffs.

An official with Workforce Solutions Borderplex - which is part of the Texas Workforce Commission - said the El Paso area also experienced a "huge jump" in joblessness last week.

"The numbers are pretty frightening for us," Leila Melendez, the Borderplex chief executive, told ABC-7.

She indicated 3,600 new El Paso area claimants filed for unemployment last week, up from just 295 claims the prior week. And it appears layoffs in the region are accelerating further this week.

"In the last few days alone, we've already had over 1,100 claimants," she explained, "and that's around the time that the (El Paso stay-at-home) order took effect."

Meantime across the state, the number of Texans filing for unemployment relief last week jumped an eye-popping 860% over the previous week, surpassing the number of people who filed weekly during the Great Recession that lasted from late 2007 to mid 2009.

Two weeks ago, 16,176 Texans filed for new unemployment benefits. But just one week later — after leaders shut down businesses across the state to slow spread of the new coronavirus — that number jumped up to 155,657 out-of-work people filing for unemployment relief. (See graph below from the Texas Tribune.)

As job losses mount, some economists say the nation’s unemployment rate could approach 13% by May. By comparison, the highest jobless rate during the Great Recession, which ended in 2009, was 10%.

“What seemed impossible just two weeks ago is now reality,” said Nancy Vanden Houten, an economist at Oxford Economics, a consulting firm. “The U.S. economy will experience the largest economic contraction on record with the most severe surge in unemployment ever.”

The economic deterioration has been swift. As recently as February, the unemployment rate was at a 50-year low of 3.5%. And the economy was growing steadily if modestly. Yet by the April-June quarter of the year, some economists think the economy will shrink at its steepest annual pace ever — a contraction that could reach 30%.

In its report Thursday, the U.S. Labor Department said 3.283 million people applied for unemployment benefits last week, up from 282,000 during the previous week. (You can read that entire report below.)

Many people who have lost jobs in recent weeks, though, have been unable to file for unemployment aid because state websites and phone systems have been overwhelmed by a crush of applicants and have frozen up.

That logjam suggests that Thursday’s report actually understates the magnitude of job cuts last week. So does the fact that workers who are not on company payrolls — gig workers, free-lancers, the self-employed — aren’t currently eligible for unemployment benefits even though in many cases they’re no longer able to earn money.

With layoffs surging, a significant expansion of unemployment benefits was included in an economic relief bill nearing final approval in Congress. One provision in the bill would provide an extra $600 a week on top of the unemployment aid that states provide. Another provision would supply 13 additional weeks of benefits beyond the six months of jobless aid that most states offer. The new legislation would also extend unemployment benefits, for the first time, to gig workers and others who are not on company payrolls.

Separate legislation passed last week provides up to $1 billion to states to enhance their ability to process claims. But that money will take time to be disbursed.

Ellen Zentner, an economist at Morgan Stanley, said in a note to clients that 17 million jobs could be lost through May -- twice the entire 8.7 million jobs that were lost in the Great Recession. She expects the unemployment rate to average 12.8% in the April-June quarter, which would be the highest level since the 1930s.

Still, Zentner also expects the economy to start recovering by the second half of the year. But it will take time for things to return to something close to normal, she projects: The unemployment rate could still top 5% at the end of next year. 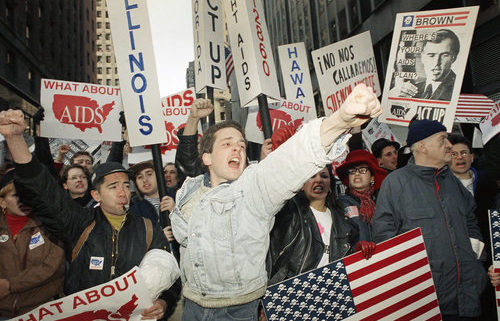