Here’s a look at the National Guard, a reserve military force and the oldest component of the US armed forces.

The National Guard was formed in 1636 as the militia of the colonists in North America.

The Marquis de Lafayette, on a visit to the United States in 1824-1825, helped popularize the term “national guard” as a description for the various states’ militias. The title was formalized by federal legislation in 1903.

Other reserve groups have no affiliation with the National Guard. (Example: Army Reserve)

Each US state, territory and Washington, DC has its own National Guard, per the US Constitution.

National Guardsmen swear an oath to perform state or federal missions and can be deployed for either. A governor can call up troops to assist in national disasters or civil disturbances and the US president can order troops for federal missions both domestically and in foreign nations.

In times of peace, the National Guard trains or “drills” one weekend a month and two weeks during the year.

Ohio Governor James Rhodes called up approximately 100 Ohio National Guardsmen in May 1970 to disperse an angry crowd of students at Kent State University. Guardsmen shot and killed four students, and injured nine others.

Some of the National Guard’s international federal mobilizations include the Berlin crisis of 1961 and peacekeeping missions in Bosnia and Herzegovina.

Timeline of Selected Domestic and Other Federal Mobilizations

April 1906 – In the wake of the San Francisco earthquake and fire, about 30,000 National Guard troops are federalized and deployed.

1957 – President Dwight D. Eisenhower places the Arkansas National Guard under federal control and sends 1,000 paratroopers from the 101st Airborne Division to assist in maintaining order in Little Rock after rioting breaks out following the desegregation of Central High School.

September 30, 1962 – President John F. Kennedy places the Mississippi National Guard on active federal service amid violent protests related to the integration of the University of Mississippi, which was ordered by a court to enroll a black student, James Meredith.

June 1963 – Kennedy federalizes the Alabama National Guard after Governor George Wallace blocks the doorway of the University of Alabama at Tuscaloosa to prevent integration.

March 1965 – During the Selma to Montgomery March, state and local law enforcement beat marchers near Selma, Alabama. President Lyndon B. Johnson federalizes the Alabama National Guard to protect marchers when they march again.

April 1968 – The National Guard is called into various cities where riots erupt in the aftermath of the assassination of Martin Luther King Jr.

1970 – During a postal strike, President Richard Nixon authorizes the federalization of guardsmen to sort mail in the New York area.

September 1989 – In the wake of Hurricane Hugo, President George H.W. Bush federalizes guardsmen following violence and looting in the US Virgin Islands.

1992 – The California National Guard combats rioting in Los Angeles following the acquittal of officers involved in the beating of Rodney King.

October 16, 2014 – President Barack Obama authorizes the National Guard to be called up to assist in containing Ebola in West Africa.

April 4, 2018 – President Donald Trump signs a memorandum to deploy the National Guard to the US-Mexico border.

June 8, 2020 – A record 96,521 National Guard members have been activated to support domestic response missions, surpassing the previous high of 51,000 members activated to assist following Hurricane Katrina in 2005. More than 42,700 members in 34 states and Washington, DC, assist with civil unrest sparked over the death of George Floyd. The remaining National Guard members are assisting with Covid-19 relief efforts and natural disasters.

January 6, 2021 – Acting Secretary of Defense Christopher Miller approves the mobilization of up to 6,200 National Guard members to Washington, DC to provide security to the city following the deadly riot at the US Capitol. 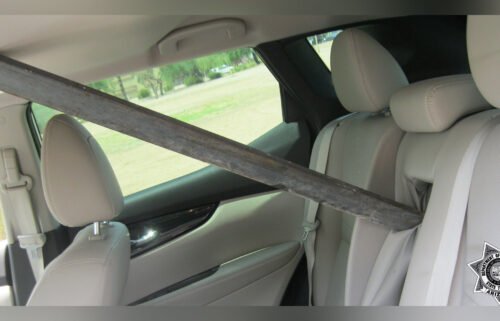