A week can be a long time in sport and it already feels like New Zealand and England have traded more blows than a heavyweight title bout ahead of their Rugby World Cup semifinal.

England coach Eddie Jones launched the first verbal grenade when he suggested the All Blacks had been spying on his team’s training sessions, something his counterpart Steve Hansen dismissed as “the best clickbait in the world.”

Australian Jones, never one to shy away from stirring things up before a crucial Test match, added that New Zealand — the world’s best side for most of the past decade — will be shouldering all the pressure ahead of the semifinal.

Hansen, though, was wise to that.

“He’s trying to take pressure off his own side by getting everyone to talk to us about pressure,” said the New Zealander, who is bidding to become the first coach to defend the World Cup.

But in an interview with CNN’s Christina Macfarlane in Japan, Hansen admitted that England’s history will generate its own pressure.

READ: Mission Improbable — how to beat the All Blacks

“The England team has come from a place of adversity, a lot of pain,” said Hansen, alluding to the 2015 World Cup when the host nation crashed out at the group stage, leading to Jones’ appointment as head coach.

“That creates an inner hunger that you don’t have to build, it’s naturally there.

“But it also creates its own pressure. What if we don’t do this? We’re going to have that same pain. That can be quite fearful.”

Time will tell how this pre-match sparring will manifest over the course of 80 minutes in Yokohama Saturday.

Hansen, needless to say, knows his side faces a sizeable challenge.

“You’ve got to be respectful of any animal that’s incredibly hungry,” he says of England. “Because if you’re not they’ll eat you up.”

READ: The ‘small country at the bottom of the world’ that keeps rising to the top

‘History demands us to be better every day’

For all the barbs the two men have traded over the past few days, Hansen has huge respect for his opposite number.

In the four years that Jones has been in charge of England, he’s overseen two Six Nations championship victories and an unprecedented 18-match winning streak.

Having weathered a period of indifferent form over the past year-and-a-half, England has recorded four convincing wins in Japan, most recently a 40-16 quarterfinal defeat of Australia.

“[Eddie Jones] has been outstanding,” says Hansen, whose side cruised past Ireland to reach the final four of the World Cup,

“He’s grabbed hold of that group of players who have got that hurt and hunger from that last tournament and that’s allowed him to drive them to places that they haven’t been before but they want to go there.

“He’s given them good direction … this is what they’ve been planning for four years so it’s a big defining moment for them.”

Beat England, and the All Blacks would face either Wales or South Africa in the final, where they would bid to win an unprecedented third consecutive Rugby World Cup.

Having spent almost the entirety of the past 10 years at the summit of the world rankings — Ireland and Wales both enjoyed recent stints as world No. 1 but have since been deposed again by New Zealand — Hansen says his side needs to keep driving standards at the top of the game.

“What drives me is that our history demands us to be better every day,” he says.

“My own competitive drive wants me to be better every day. I want to improve and my job is to help these guys be better.

The structure of rugby’s global calendar has come under increased scrutiny this year and Hansen has been critical of the way New Zealand’s northern hemisphere rivals have reacted to the prospect of a reshuffle to the international schedule.

World Rugby, the sport’s governing body, devised the concept of a Nations Championship in March. Those plans were scrapped, however, after World Rugby failed to gain unanimous approval from the 10 unions that make up Europe’s Six Nations and the southern hemisphere’s Rugby Championship.

Hansen says the reluctance of Six Nations participants — England, Ireland, Wales, France, Scotland and Italy — to accommodate change is preventing rugby from developing its international calendar to include more teams like Japan and Fiji.

“The Six Nations is a marvelous, marvelous tournament,” said Hansen. “I’ve been lucky enough to coach in it and be part of it, but it shouldn’t be the over-riding thing. It’s not bigger than the game.

“We’ve got this big immovable object of the Six Nations that can’t be played any other time than it’s being played in. I kind of think that’s a little selfish. It’s putting that part of our game ahead of everything else. I think the game’s better than that.” 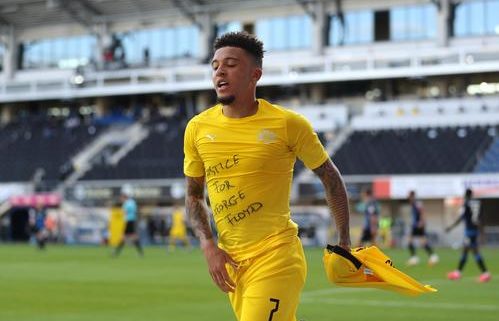