EL PASO, Texas -- Both the United Soccer League and Major League Soccer announced Thursday they were shutting down for 30 days because of the coronavirus, delaying the Saturday scheduled home opener for the El Paso Locomotive FC.

Locomotive FC General Manager Andrew Forrest held a news conference at Southwest University Park, where he said "the intent is to play all matches later this season." (You can watch his entire remarks in the video player at the top of this article.)

The USL and the Locomotive issued a joint statement that read:

"The health and safety of fans, players and staff is of the highest priority for the USL and El Paso Locomotive FC. The USL Championship today has made the decision to suspend matches for a minimum of 30 days – including the Locomotive FC Home Opener on March 14 and the match against LA Galaxy II on April 4 at Southwest University Park – as a precaution to the ongoing developments related to COVID-19."

The @USLChampionship decided to suspend play for a minimum of 30 days beginning today. The intent is to play all @eplocomotivefc matches later this season. Locomotive will provide additional information shortly. https://t.co/Ekjo6q1bMf

Meantime, MLS officials said they too expect their full 34-match season to eventually be played. The league's board of governors had a call on Thursday when the decision to suspend their season was made.

“Our clubs were united today in the decision to temporarily suspend our season - based on the advice and guidance from the Centers for Disease Control and Prevention, Public Health Agency of Canada and other public health authorities," MLS Commissioner Don Garber said in a statement.

In addition, the U.S. Soccer Federation canceled exhibitions in March and April for its men's and women's national teams. The men had been scheduled to play the Netherlands in Eindhoven on March 26 and Wales four days later in Cardiff, preparation for the scheduled start of World Cup qualifying in September. The women had been slated to face Australia at Sandy, Utah, on April 10 and Brazil four days later at San Jose, California.

Also Thursday, CONCACAF suspended matches in the CONCACAF Champions League, which is in the first leg of its quarterfinal stage. 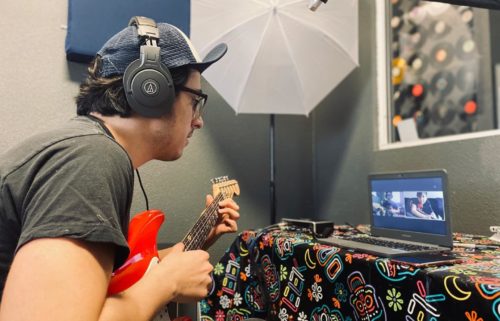