It’s as if Fernando Alonso can’t quite imagine a life without a steering wheel in his hands. Which helps explain the two-time Formula One world champion’s decision to make a comeback with Renault next season less than two years after bidding farewell to the sport.

“I think life is sort of taking the decisions that you feel in that moment. And you have to be brave and you have to commit to something. And that moves you in everyday life,” Alonso told CNN Sport’s Amanda Davies.

“I love having the steering wheel in my hands. You know, every weekend I’m driving something … go karts, rally car buggies,” added the Spaniard, who will turn 39 later this month.

The choice of team cannot be understated: Alonso won both his championship titles with Renault during the 2005 and 2006 seasons.

“The target is a third world championship,” added a bullish Alonso. “Yes. I think everyone that starts a championship has, you know, some wishes and some internal fire of winning and some motivation.”

The veteran driver has made 314 grand prix starts in his F1 career, notching up 32 wins and 97 podiums (both his wins and podiums place him in sixth on the all-time list) across three teams — Renault, McLaren and Ferrari — and his return will mark the first time a driver has had three separate stints with a single F1 team (2003-06, 2008-09 and from 2021 onwards).

While Renault did not confirm if the deal will last longer than a single season, the driver himself clearly has designs on his return being not so much a curtain call, but a considerable new chapter in his impressive career.

Added to this, he feels the new regulations — meant to be introduced in 2021, but now delayed until 2022 because of coronavirus pandemic — will give him, and Renault, a chance to be more competitive.

The veteran Alonso will be replacing Daniel Ricciardo who’s moving to McLaren — the same team the Spaniard left in 2018 — and will see him drive alongside one of hottest young talents on the grid, 23-year-old Esteban Ocon.

In the first race of the 2020 season in Austria, Ocon and Renault finished in eighth place.

“Obviously, it’s a very happy day,” said the 38-year-old Alonso as he reflected on decision to race again in F1.

“When I left Formula One, I felt that it could be a possibility to come back in 2021 … I’ve been able to breathe a little bit out of Formula One because I’ve got 18 consecutive Formula One seasons, which are quite demanding. I think I needed that time out and I come back now stronger than ever.”

But it is not as if he has spent his time away from the grueling sport with his feet up at home, watching the next generation of F1 drivers, some of whom are close to half his age, hoping to emulate Alonso’s achievements.

The Spaniard has won the Le Mans 24 Hours — for a second time — triumphed in the WEC world championship, attempted to conquer the famed Indianapolis 500 race and even managed a more than respectable 13th place finish in the legendary Dakar Rally. What’s more, Alonso has designs on competing in the Indy 500 for a third time next month.

Any way you want to look at it, Alonso’s drive for success and hunger to remain competitive remains undiminished.

“I hate losing,” he explains to CNN Sport with a huge smile on his face. “I love winning. But, you know, I don’t like to lose at anything, and it would be hard. Especially 2021. We know where the car is at now.

“We know the performance next year is a little bit of carryover from this year. So, I’m aware that we will have to work a lot and we’ll have to slowly improve the car. But, you know, I’m ready to take that challenge as well.”

READ: Alonso’s 2018 farewell to Formula One

Yet when all is said and done, and commercial and career considerations are put to the side, how much of the romantic in Alonso played a decision in his return? After all, he has spoken about Renault providing his fondest memories within F1.

“Romantic is a big factor on this type of decision,” he said. “Coming back to Renault is a plus for me, because I know the people in the team, I know a lot of members that were on my time a couple of years ago. And also the commitment that Renault made about Formula One and the future that the team that the team has now, I think it was important.”

By the sounds of it, Alonso’s future in motorsport still has many laps, races and — potentially — years left to run. So, just how long does he envisage getting behind the wheel?

“But now at 38, for whatever reason, I develop more skills. I was driving in different cars, different categories, learning different driving styles. I said before, I feel fresh now, ready for traveling, ready for doing different things, work on the simulator.

“So, I feel better now than when I was 25. So, I cannot tell now that there’s only two or three years more in me. You know, maybe there are more.” 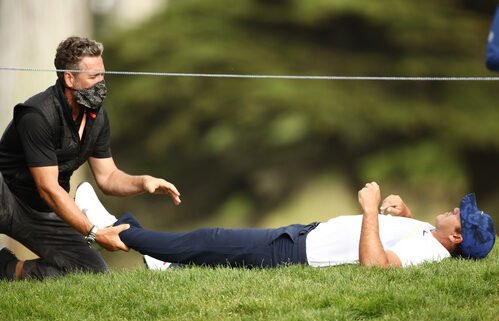