The first strong Santa Ana occurrence of the season is bringing harsh winds across Southern California through Thursday, setting the stage for critical fire conditions and the potential for a blaze to spread rapidly.

High wind alerts have been issued for much of the area, affecting almost 15 million people.

“We are going to see winds of 55 to 75mph. These are very strong damaging northeast wind gusts,” Carol Smith, National Weather Service meteorologist in Los Angeles, told CNN. “At the same time the humidity levels will be lowering over the mountains, for the valleys and to the coastal areas.”

From the Santa Monica mountains and areas south, winds will be at 40 to 60 mph, with areas in the foothills potentially seeing winds as high as 70 mph, according to Smith.

These strong Santa Anas are being fueled by low pressure sliding down the coast Wednesday and Thursday.

It’s in the exact location to push strong northeast winds into Southern California.

Winds strengthen as they get funneled through the mountain passes and canyons. In the region, winds are blowing from the drier desert regions, and as the winds flow down the western slopes, the air heats up and dries out even more. This can quickly soak up remaining moisture from last week’s rainfall, which is why the danger is so high even following the wet week.

Watch: What are Santa Ana Winds

The region was soaked by rain last week, but according to Smith, it wasn’t enough to extinguish the fire threat.

“Fuels are still receptive to rapid fire growth across much of this area,” Smith said. “So with these strong winds and humidity levels lowering Wednesday, any fire that is triggered is likely to exhibit very rapid spread and extreme fire behavior and a distinct threat to life and property.”

San Diego saw as much as 9 inches of rain last week. While the fire threat isn’t as great as elsewhere, a danger of ignitions remains.

“Relative humidity will generally be around 20 to 25 percent during the period of strongest winds Wednesday morning, lowering to 10 to 15 percent during the late morning and afternoon. The combination of strong winds and low relative humidity will lead to a period of critical fire weather conditions on Wednesday,” the weather service office in San Diego said.

Sign up here for weekly weather updates from CNN meteorologists

One of the biggest concerns is trees falling on powerlines and sparking fires.

According to Smith, that threat can sometimes lead to preventative blackouts.

“This is a huge cause of fires in our area, and that’s why a lot of times, (utilities) will do the power shutoffs,” Smith explained. “This is common although were not sure if they will with the recent rains.”

Residents are being urged to engage the READY, SET, GO program that Los Angeles County runs to get people prepared for events like this. Smith urges people to have a list and bag packed with documents, medications, items for your pets and more.

Fire conditions should gradually improve through Thursday. But another round of winds could impact the region late in the week. Santa Ana winds occur more commonly during the cooler months. 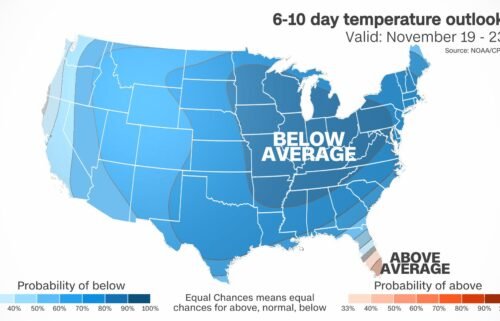 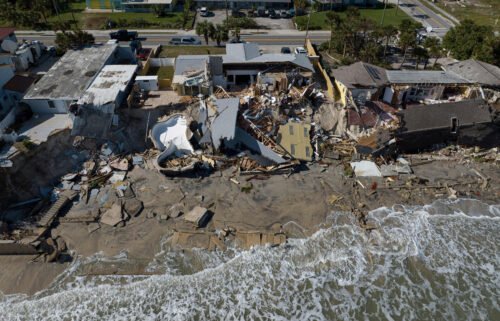 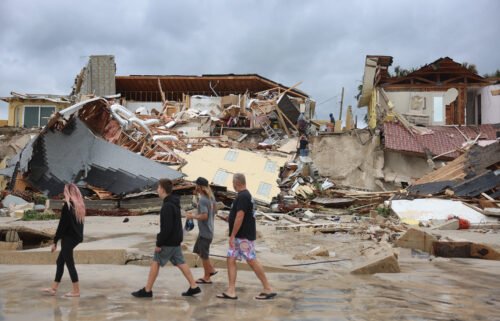 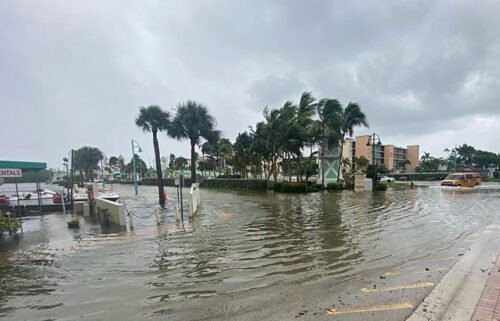