Archeologists in Mexico have uncovered traps containing the remains of at least 14 mammoths.

The traps date from about 15,000 years ago and were found in the city of Tultepec, Estado de Mexico, the National Institute of Anthropology and History (INAH) said in a statement published Wednesday.

Tultepec is already home to a Mammoth Museum, which houses an almost complete mammoth skeleton discovered in 2016. The latest discovery will greatly enlarge its collection.

“It represents a watershed, a touchstone for how we previously imagined groups of hunter-gatherers interacted with these enormous herbivores,” said Pedro Francisco Sánchez Nava, national archeology coordinator at the INAH.

During 10 months of excavations of the site, which was due to become a landfill, 824 bones have so far been found in traps 5.5 feet deep and 82 feet long.

Archeologists believe the site, in the San Antonio Xahuento district, may be one of a series nearby that reduced the margin of error for hunters.

Groups of 20-30 hunters would use torches and sticks to separate a mammoth from its family and push it into the traps.

Once the animal was trapped it would be killed and used for food and other purposes.

Archeologists found evidence that the rib bones were used to cut mammoth meat, and internal organs were also eaten.

Mammoth skulls were found upside down because the hunters would also eat the animal’s tongue, which would have weighed as much as 12 kilograms (26.5 pounds), according to the statement.

While the hunters needed to kill mammoths to survive, they also honored the animals.

One mammoth bone shows evidence of a fracture, and archeologists say hunters would have tracked this particular animal for years and made repeated attempts to kill it.

After finally achieving their goal, they arranged its bones in a symbolic formation.

“They must have considered it brave and ferocious, showing their respect with this particular arrangement,” said Luis Cordoba, an archeologist at INAH.

The traps also contained remains of camels and a horse.

Further research is needed to determine whether there are more mammoth traps nearby.

Mammoth bones have also been found in Mexico City.

Builders working on the capital’s metro system in the 1970s found mammoth bones at Talismán station.

To this day, the station has a mammoth as its logo in the pictorial system created to help passengers who couldn’t read get around the metro. 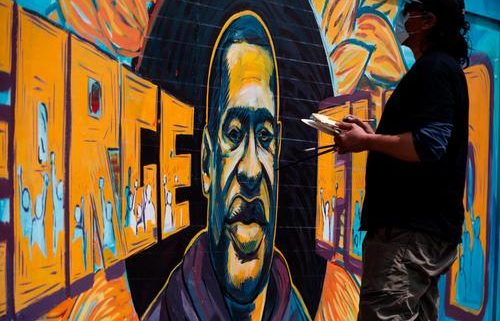