Netflix’s everything-and-the-kitchen-sink programming strategy includes taking flyers on concepts that border on the bizarre, and so it is with “Warrior Nun.” Inspired by Manga novels, this 10-episode series meanders a lot while offering a “Stranger Things”-type vibe, serving as a weird diversion that, on the road to goodness, doesn’t even get halfway there.

Although messing with religion can easily be a third rail — especially when potentially nefarious forces within the Vatican are involved — the premise is a little too fanciful to provoke outrage, with an ancient order of nuns devoted to fighting off demons, from the perspective of the wide-eyed innocent introduced into that world.

That would be 19-year-old Ava (Alba Baptista), who awakens in a morgue, having been revived by a divine, circle-shaped artifact that, in an act of desperation, has been embedded inside her. Ava is understandably mystified, and falls in with a group of friends that it becomes increasingly difficult to shield from the more supernatural aspects of her new existence.

The nuns possess an assortment of weapons and mad ninja-type skills, but much like “The Matrix,” Ava is essentially the chosen one by virtue of her powers, even if she can’t control them, and doesn’t exhibit much interest in saving the world despite those seeking to guide her.

Ava’s exalted status produces friction within the group — work jealousies are everywhere, even when it’s nuns fighting computer-generated demons — and the details of her backstory, and how she died, gradually dribble out over the first-season run.

“Dribble out,” alas, is a pretty good description of the series in general, which features a mostly nondescript assortment of characters, among them Joaquim de Almeida as a cardinal in the Catholic Church with oversight of the order, who clashes with the priest (Tristan Ulloa) leading it, fueling speculation about his motives.

“Warrior Nun” is only the latest series of its kind to land on Netflix, following “Altered Carbon” and “The Witcher” and in advance of the July 17 premiere of “Cursed,” derived from a reimagining of the Arthurian legend by Thomas Wheeler and comic-book legend Frank Miller, starring “13 Reasons Why’s” Katherine Langford.

Such genre fare obviously attracts an avid subset of subscribers, but when it’s as silly as this, tends to have limited appeal beyond those pews.

“Warrior Nun” inches along just enough to potentially draw you through the season, wondering where it will end up. Beyond that, when it comes to making a case for more, well, let’s just say Ava isn’t the only one living on a prayer. 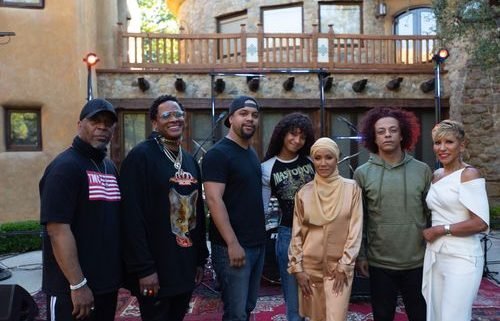