Am I a bad parent if I start a YouTube channel for my child to share unboxing videos? She would open up toys in front of the camera and then give her opinion of them. I was thinking of allowing her to do this as a reward for doing things like reading books and practicing the piano.

Bewildered Parent of a Digital Native

Parenting involves a lot of difficult decisions. Among the hardest are the ones in which our children want to do the thing everyone else is doing, or wants to be doing, and we, their parents, find this thing to be kind of awful. We can either demand that our children resist the dominant culture, and thus feel alienated from, or smugly superior to, their peers. Or, we can allow our children to embrace it, and then have to witness them taking on something we find objectionable.

There’s just so much not to like about unboxing videos. They represent crass materialism, and our endless appetite for stuff. Worse, they’re fueled by the logic that possession alone is no longer titillating. In our age of abundance, it’s the act of acquisition, and not ownership, that excites.

They’re also an unnecessarily early indoctrination into the attention economy, in which we are only as good as our traffic and likes. Unboxing videos and other toy-related content account for a fifth of YouTube’s top 100 channels, racking up billions of views, and the desire for more stuff and more attention, per month. Many of them are made with toys provided by toy companies. Or, the people making the videos are paid directly by toy companies. Either way, the genre is largely a misleading form of advertising. (Brazil is currently suing Google, which owns YouTube, for this reason.)

I assume you share at least some of my reservations, otherwise you wouldn’t have written in about it. Nobody asks if rewarding their kid with a trip to the library, or adopting a dog from the local animal shelter, makes them a bad parent.

All this said, maybe I should lighten up? Unboxing videos are clearly not the high point of contemporary civilization, but perhaps they aren’t so bad either. Kids like toys. Kids like watching other kids talk about toys. Many kids like, or think they would like, being the kid who other people watch talking about toys. As long as this is a small piece of their media diet, most of them will weather the whole experience just fine.

What I’m trying to say here is that this is a tough one. As I see it, there are three potential scenarios, only of one of which would make you a bad parent.

In the first scenario, you say “no.” Maybe you say this for all the above-mentioned reasons, as well as because your kid spends enough time online as it is. Maybe you also say “no” because the internet is a big, sometimes scary place where people say really creepy things behind the mask of screen-names, and there’s no need to subject your daughter to it.

Dr. Gail Saltz, an associate professor of psychiatry at New York Presbyterian Hospital Weill-Cornell School of Medicine, worries about the way being online may heighten a child’s need for external approval and their instinct to compare themselves to others. YouTube videos receive comments, and even when the comments are disabled, they receive clicks. A poorly performing video, or one that others mock, might lead to feelings of anxiety and self-doubt. Or, worse, your daughter might try to do something a little different, possibly even a little regrettable, to gain attention.

“Children lack good judgment. They might do things that are lousy ideas, but seem good in the moment. Once the cat is out of the bag — and the video is online — there is not a whole lot you can do about it,” Saltz said.

There’s also the concern that publicly playing oneself during childhood might get in the way of the self-discovery process that is a normal part of childhood, Saltz said. Childhood, including the teen years, is all about sorting through identities and “trying different ones on for size.” But it’s hard to do this when you are a self-directed media brand, and supposed to deliver a consistent persona, week-after-week, for public consumption. Especially one in a visual medium, which demands a special attention to appearance.

“If they are constantly looking at themselves, then that can become the measure, the ruler, of their worth,” Saltz said.

If you haven’t totally abandoned the unboxing video idea yet — and keep reading because there are good reasons not to — here’s scenario two. You let your daughter make the unboxing videos, but do it with her and walk her through all the problems along the way, together.

First, help her understand all that goes into making these videos. This is a huge responsibility: Where is she going to shoot the videos? How is she going to shoot the videos? Lighting? Sound? Will she write a script? Also, where exactly are all those toys supposed to come from? Will she draft a business plan? Rely on advertising revenue? Or, hope to get paid by the companies whose toys she is opening?

“There is a whole lot that can be learned that is positive from making videos, regardless of the content,” said Jordan Shapiro, author of “The New Childhood: Raising Kids to Thrive in a Connected World.” “No successful YouTuber is just turning on the camera and hanging out.”

Second, if the consumerism and materialism is what bothers you, then walking your child through the production side of an unboxing video can be a great opportunity to show them how the sausage is made.

“Personally, I don’t know how I feel about capitalism. But I do know that while it is here we have to raise kids who are capable of ethical reasoning about it,” Shapiro said. “Trying to make these videos will build critical media literacy skills, and a chance to understand what it takes to make a successful one.”

Shapiro said that while he’s not a fan of the unboxing genre, he didn’t ban them in his home. Instead, he let his kids watch them and explained to them how they work, and the ways in which they can be manipulative and misleading. Now his kids agree.

The third, and only bad parent scenario, is if you give your daughter all she needs to get going on her YouTube career, and then leave her to it.

Lastly, while your question didn’t place much emphasis on the question of rewarding our children for good behavior, you did touch upon it. Experts aren’t a fan of a quid-pro-quo approach to rewards, i.e., paying for grades, or video game time in exchange for piano practice. However, many believe it’s OK to use rewards as way to celebrate a job well-done.

“It’s not that I am giving my kid candy because he achieved success. It’s that the candy is a symbol that he succeeded,” Shapiro said. In other words, rewards are fair game, as long as they aren’t the primary motivation for completing a task.

No matter what you decide, make sure you explain to your daughter why. As in so many other scenarios, the real difference between being a good and bad parent in this case comes down to a willingness to talk it out. Explain your side, listen to her side, and then chart your course, together. 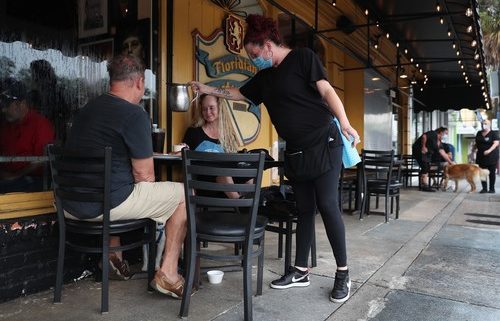 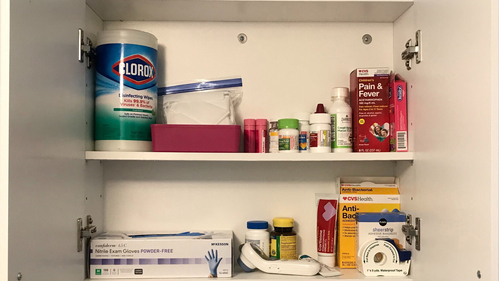