EL PASO, Texas -- Here's an example of why paying attention to your body and consulting with a doctor -- especially while expecting a baby -- are vital.

There is no such thing as a low-risk pregnancy.

But in Virydiana Lopez's case, her pregnancy became life-threatening -- and led to her needing a liver transplant.

"That wasn't the news I was expecting," Lopez told ABC-7 in an interview at Del Sol Medical Center, where she was rushed in Nov. 2018 to have her son, Andrew. She was only 28 weeks into her pregnancy. "When I was getting admitted into the hospital, I originally thought that I was just going to have my emergency C-section and that was it."

Lopez, 26, and mother to a 10-year-old girl, started developing an itchy rash and yellow eyes.

They discovered Lopez's liver enzymes and bilirubin levels were skyrocketing.

She had to have an emergency C-section to save her life.

"Her liver failure progressed and I thought there was an extremely high risk that she would die," Dr. Jarlan Giles said. Dr. Giles is a doctor of maternal fetal medicine at Del Sol. "We knew that she would die without a liver."

Lopez was then flown to a transplant hospital in San Antonio where she was lucky enough to get a liver the next day.

"It was kind of like a blur. All I remember was just getting admitted (at Del Sol)," Lopez said. "I woke up next to my mom and a close aunt. And they had to let me know that I'm in a different city, I received a transplant, and Andrew is back in El Paso."

Lopez had to stay in the San Antonio hospital for three months while baby Andrew was in the neonatal ICU at Del Sol.

"It was something that just happened," Lopez said. "I was always asking myself, 'Was it me? Was it something I did wrong? Why did this happen?'

There wasn't anything Lopez did wrong, nor nothing she could have done to prevent it. The condition is brought on by pregnancy.

"The pathologist called me after the transplant and they examined the liver that was removed. There were no living liver cells left." Dr. Giles said. "The entire liver is what we say necrotic. This is something very rare in pregnancy called acute yellow atrophy. It's extremely rare."

Dr. Giles is using Lopez's case to urge moms-to-be to stay on top of their doctor visits and for everyone to become organ donors. 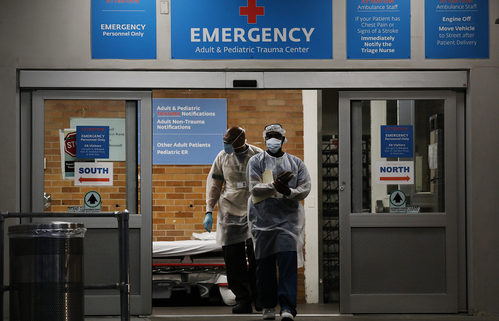