EL PASO, Texas-- Today's Sunday Moment proves the unconditional love only a grandparent can give to their grandchild.

Carlos Ibarra and his wife, Martha, were excited to become grandparents but knew that the birth of their grandson Elijah would come with some complications.

"We shouldn't be dealing with a little baby to begin with and now he's sick," said Carlos.

His grandson, little Elijah, was born addicted to drugs and the start of his life was a rough one.

"He was in the hospital for 50 days going through withdrawals. They were giving him Methadone. He would shake," said Carlos.

Carlos and his wife saw the struggles their son and Elijah's mom went through with drug addiction and knew that they wanted better for their grandson.

"We started fighting for him because we wanted him here with the family," explained Carlos.

After spending 50 days in the hospital, CPS took Elijah to foster care. Carlos and his wife began the process to legally adopt their grandson so he could remain a part of their family.

"He's been ours since he was born," said Carlos.

For little Elijah, his rough start to life seemed to be getting smoother-- until he was hit with another obstacle days before Thanksgiving.

"He had fevers and was constipated so we took him to the emergency care. They gave him some medicine and laxatives to help with the constipation," explained Carlos.

Elijah became very thin, was not eating well and his health only seemed to be getting worse. Carlos and his wife decided to take Elijah back to see his primary care doctor.

Elijah saw nearly five different doctors from Thanksgiving to the 12th of December.

"They did a series of tests, and the radiologist said maybe it was some sort of infection of one of his discs and that they were gonna keep us overnight for some sort of tests," said Carlos.

He went back to work the following day thinking the tests would be routine but later he received a call from his wife saying she needed to talk to him.

"That's when she told me that he had cancer. A real aggresive form of cancer, and that it was in the 4th stage," Carlos explained through tears.

At the age of three, Elijah was diagnosed with stage 4 Neuroblastoma, a rare form of cancer often found in the small glands on top of the kidneys. It can develop in the belly, chest, neck, pelvis, and bones. Children ages five or younger are most commonly affected.

Elijah spent weeks in the hospital as he began chemotherapy.

"It's taken a big toll on us," said Carlos, "sometimes me and my wife snap at each other but we understand why it's happening. It's because we're so tired, were very tired."

Carlos and his wife had to take time off from work to make sure they were by Elijah's side through all of his treatments.

"I don't know how long it's going to take. I don't know if eventually I'm going to have to quit my job because my priority right now, it's him. If we lose the house, I don't care. It's him," said Carlos.

However, through all of the treatments and hospital visits, little Elijah doesn't let this obstacle keep him down.

"He's very outgoing. He's always smiling. He cares for us. He knows we're old I guess," said Carlos as his tears of sadness turned into tears of joy, "the other day my wife was complaining about her legs and Elijah tells her, "sit down momma, rest."

Little Elijah and his parents just came back from San Antonio where he had his consultation for his first bone marrow harvesting procedure.

The family will have to travel back to San Antonio for the procedure. 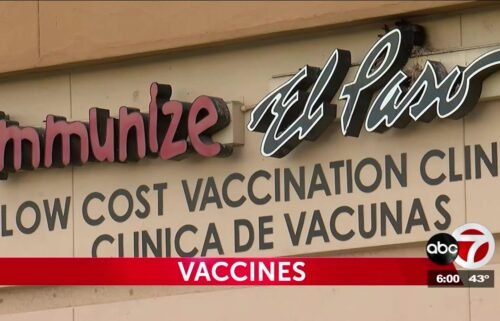 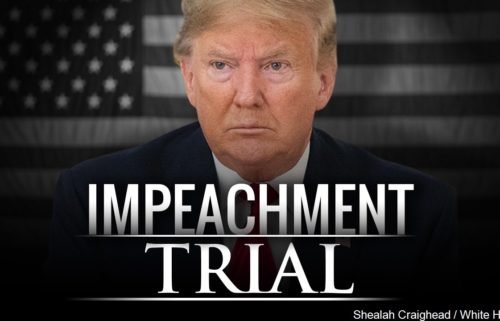