It’s common practice along the U.S.-Mexico border for a pregnant woman to cross into the U.S. to give birth, and in the process, secures citizenship, benefits for her child, and the possibility — when the baby turns 21 — of legal status for her and her family. ABC-7 recently discovered there is a systematic, organized industry bringing women from all over the world to deliver their babies right here in El Paso.

The website for “Doctores Para Ti” reads like a chamber of commerce pamphlet, touting a strategic location along the border. The headline reads “The most important gift: U.S. citizenship for your baby.” It even highlights El Paso’s safety rating as one of the safest cities in the U.S. It promises affordable packages that include hospital and doctor’s fees. It recommends hotels you’d want to consider.
The hospitals will be Sierra and Del Sol Medical Centers, according to the website.
There are dozens of clients who rave about the business, Doctores Para Ti, with testimonials reportedly from women in places like Brazil, Spain, Nigeria, Abu Dhabi, Russia and South Korea. It even has a Facebook page.

“I didn’t know we had such a professional organization doing such a thing in such a pronounced way,” said Bob Pena, with the El Paso Republican Party. He was familiar with the common practice of individual women crossing the border to give birth.

“When I was crossing the bridge I asked the inspector what he does when somebody comes over to have a baby? He said, ‘Absolutely nothing.’ If they have their passport they come in.”

Pena then asked what happens if they are coming over and she’s in labor. Pena said the inspector said absolutely nothing.

“He said she can come in as long as she has her passport,” Pena said.

“It’s perfectly legal,” says longtime immigration lawyer Ouisa Davis. “In reality people have always come to the U.S. from all over the (world), usually wealthy people from Europe and the former Soviet Union and have had children here and then utilized the immigration status of those children to later become permanent residents themselves,” Davis said. “They can’t do it until the person is 21 years old, but it’s always been a practice of immigrants.”

“It’s nothing new that we’re doing. Every doctor in El Paso who is an OB-GYN has international patients,” Gamez said.

But with one difference.

“We are promoting that the patient come in and do all their paperwork legally and pre-pay all their services so they do not go back owing one cent,” Gomez said. “And they don’t get their visas revoked or anything like that because they’ve done something wrong.”

Pena believes it’s time for the U.S. to take a serious look at its immigration laws.

“I don’t know why this company feels this is a good way to increase their profit margin, but there must be a consumer base for it,” Davis said. “You know it all comes down to money.”

As for the hospitals, an administrator with the Hospitals of Providence told ABC-7 the hospital has chosen not to participate and doesn’t knowingly participate in any birthright tourism programs. Del Sol echoed the same thing in a statement.

But again, it’s all legal.

Providence officials said they don’t track the number of births to foreigners nor are they required to. Nationwide, the Pew Research Center estimates that each year around 300,000 children are born to undocumented immigrants in the U.S. But according to the Centers for Disease Control and Prevention, the birth tourism number in which the person is here legally is much lower at about 8,600 per year. 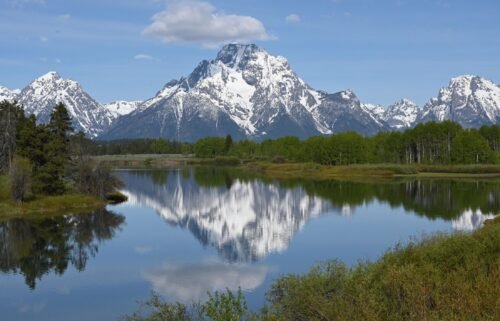