As kids head back to school across the Borderland, families are planning to spend more than ever on supplies, according to a survey of nearly 8,000 families nationwide by the National Retail Federation.

On average, parents of kindergarten-thru-grade 12 students expect to drop nearly $700.

The NRF data is projecting that American households will spend the most this year on clothing and accessories.

Electronics — such as computers, calculators and phones — came in second on the list.

“It seems that more and more schools are requiring you to have these things, so no surprise there,” said Mark Mathews, the NFR’s vice president of research.

And then there’s back-to-college.

Electronics are big with this crowd too, and that’s where shoppers will put most of their money.

They expect to spend almost $1,000 on all of their supplies before even starting classes.

Some of that will go toward showing their school spirit — and furnishing their new pads.

“They’re shopping in their university stores and they’re buying a lot of stuff for the dorm rooms,” Matthews said. 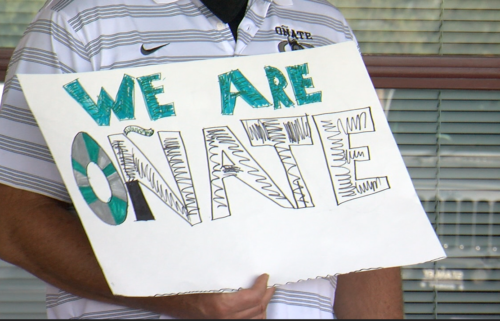