Army veteran Miguel Perez lost his green card because of a felony drug conviction. Despite his military service and having family members who are US citizens, his application for citizenship was denied and he was deported to Mexico last year.

He still has hope, though, and Wednesday he got one more chance at moving toward US citizenship.

Perez and his attorney met with US Citizenship and Immigration Services in Chicago to make their case that included the Illinois governor recently granting him clemency.

Perez’s attorney, Chris Bergin, told CNN he thought the meeting went well, though no decision was made.

Tuesday, a day after returning from Mexico for the hearing, Perez said he really needs to remain in Chicago, where he lived for years before going to prison for a cocaine distribution sentence. He lost his status as a legal permanent resident because of the conviction.

It’s too dangerous in Mexico, said Perez, who is in his early 40s. There are death threats. And he said he had no access to the medical treatment he needs for his post traumatic stress disorder.

Sometimes he wouldn’t sleep for three to four days, he told CNN.

“You start shaking. You start hearing voices. (And) you’re already in a dangerous place,” he said.

Perez said the stress of two deployments to Afghanistan — one in 2002 and the other in 2003 — caused PTSD, which led to his drug addiction and ultimately his conviction for delivering more than two pounds of cocaine to an undercover officer in 2008. He pleaded guilty and was sentenced in 2010.

Illinois Gov. J. B. Pritzker last month granted Perez clemency for his drug conviction and said Perez’s military service should have given him an “expedited path to citizenship” under an executive order by President George W. Bush, “but due to oversight, he was not afforded that opportunity.”

Perez thought he had become a citizen when he joined the Army, his lawyer has said.

In Mexico, “I couldn’t leave the house because (I) was facing different situations,” he said. “It’s just somewhere I don’t wish anybody to be, especially if you’re not from there.”

Perez said Chicago is where he is from. It is a dream to be home, he said. He was grateful to the governor and the border protection officials who allowed him the two-week window to come to the States.

“Thanks to those miracles, I’m here with my family,” he told CNN.

When he crossed into the United States from Mexico on Monday, he was draped in the American flag and told CNN it was because that’s the flag he’s loyal to and would continue to defend. He said he doesn’t feel anger or betrayal over his deportation, just that he was a victim of a messed-up system.

His argument to stay hinges on the governor’s forgiveness of the crime through clemency.

“Now we believe Miguel is eligible for naturalization because the criminal conviction doesn’t render him ineligible through ‘bad moral character.’ That’s the term they use,” Bergin told journalists in Laredo, Texas, on Monday.

“That’s what we’re going to argue, and I think it’s a good argument,” Bergin said.

If the citizenship decision takes more 10 days, Perez will have to return to Mexico, but he may ask for an extension of the parole if it is not handed down by then, Bergin said.

Perez said he doesn’t even want to think about being denied again.

“I’m very hopeful that I will be able to stay here,” he told CNN.

One of his supporters is US Sen. Tammy Duckworth, an Illinois Democrat who served in Iraq with the Illinois Army National Guard. “I wish Miguel the best of luck. It will be a proud day for our country when we can call Miguel a fellow American,” she said. Perez will travel to Washington on Thursday to meet with Duckworth and talk about his case.

Perez’s parents, two sisters and his two children are US citizens. He hasn’t seen his son in 10 years. He was only able to see his daughter while he was in prison and in ICE custody after that. There was no touching. No hugs. That will change.

“They mean the world to me, and not being able to be there … Now I get to do it,” he said. 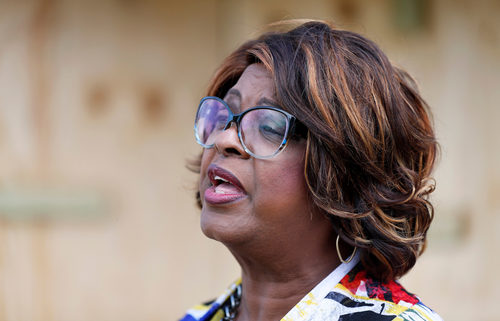