Facebook denied a request from Joe Biden’s campaign to take down a video ad by President Donald Trump’s reelection campaign that falsely accuses the former vice president of corruption for his role in Ukraine policy during the Obama administration.

In the letter obtained by CNN, Facebook responds to the campaign’s request by saying the decision is “grounded in Facebook’s fundamental belief in free expression, respect for the democratic process, and belief that in mature democracies with a free press, political speech is already arguably the most scrutinized speech there is.” Facebook adds that they do not send ads to third party fact-checkers. The New York Times first reported the letter from Facebook.

The video, which has been also posted by the campaign to Twitter and YouTube, accuses Biden of using his power as vice president to influence Ukraine in order to benefit his son, Hunter. There is no evidence of wrongdoing by Joe or Hunter Biden. CNN has refused to air the ad.

The Biden campaign responded to the Facebook letter by calling the decision “unacceptable.”

Campaign spokesman TJ Ducklo said in a statement that the spread of “objectively false information to influence public opinion poisons the public discourse and chips away at our democracy.”

“Whether it originates from the Kremlin or Trump Tower, these lies and conspiracy theories threaten to undermine the integrity of our elections in America,” Ducklo said. “It is unacceptable for any social media company to knowingly allow deliberately misleading material to corrupt its platform.”

When asked about the ad being placed on other social media platforms, the campaign would not rule out sending similar letters.

The Biden campaign’s original letter to Facebook — addressed to founder and CEO Mark Zuckerberg, COO Sheryl Sandberg and Facebook Public Policy Director, Global Elections Katie Harbath — told the social media company it is “on notice” for the “absolute falsity” of the claims in the campaign ad. The Biden campaign wrote that it expected Facebook to exercise its “legal right” to reject or demote attempts to buy advertisements from Trump, the Republican National Committee or anyone allied with the Trump campaign that “spread these lies.”

The letter from the Biden campaign came just days after Nick Clegg, the former deputy prime minister of the United Kingdom and now a Facebook vice president, confirmed in a speech in Washington that Facebook would not fact-check ads or posts from political candidates. “It is not our role to intervene when politicians speak,” he said. 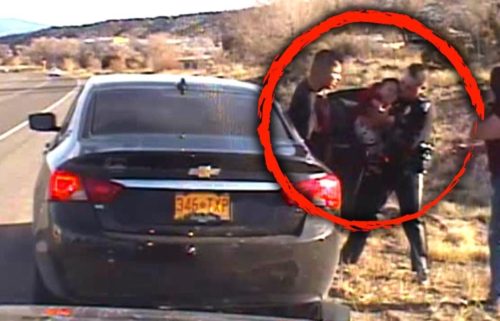