Don’t take it from me — take it from Fox’s Laura Ingraham — she says Tuesday’s letter from White House counsel Pat Cipollone to congressional Democrats is a declaration of war by Trump. “This means war,” she said Tuesday night.

The NYT is framing it the same way: “White House Declares War on Impeachment Inquiry” is the top headline on NYTimes.com right now. And in Wednesday’s paper, the headline says “VOWING DEFIANCE, WHITE HOUSE SAYS INQUIRY IS INVALID.”

“Well here we are,” Chris Hayes said at the start of his MSNBC show Tuesday night. “The White House is now openly defying Congress’s power to investigate the president for high crimes and misdemeanors.”

Don Lemon invoked “war” in the intro to his CNN show too, then said “the White House is in an epic battle with Congress…”

Tuesday’s letter fits right into what the AP described as “a high-stakes strategy to counter the impeachment threat to President Donald Trump: Stall. Obfuscate. Attack. Repeat.”

Everyone should be willing to say this simple truth

In an interview for this Politico story, Jake Tapper told Michael Calderone that he doesn’t think it should be controversial to say “using your political office to push foreign nations to dig up dirt on your political opponents” is empirically wrong. “This is a precedent that will destroy the concept of free and fair elections. It’s not really picking any sort of bold moral stance to say that you can’t have that. I don’t know why so few people are willing to say it.”

FOR THE RECORD, PART ONE

— Stephen Colbert: “A lot of people have been saying, up to this point… when’s the constitutional crisis coming? Well mark your calendar, tattoo it on your forehead and flip off your boss, cuz it’s here.” (Twitter)

— The Atlantic’s Yoni Appelbaum says the W.H. letter “cements its stance that the president is above accountability.” (Twitter)

— Here’s what Jimmy Carter said when Andrea Mitchell asked if he has “any advice for President Trump” re: the impeachment probe: “Tell the truth, I think for a change, and also to cut back on his Twitter feed.” (NBC)

— Important big-picture piece by Marshall Cohen: “Key allegations from the Ukraine whistleblower are true, despite what Trump says.” (CNN)

A view from the establishment right: “Democrats are moving fast toward what looks like an inevitable vote to impeach President Trump, so why aren’t they doing more to persuade Americans who don’t already agree with them? They won’t convince anyone else with their current method of irregular order, secret hearings and selective leaks to the pro-impeachment press.”

>> Semi-related: This column for The Hill asks, “Why aren’t Democrats weaponizing Fox News on impeachment?”

Last week CNN rejected an anti-Biden ad made by the Trump campaign because it “makes assertions that have been proven demonstrably false by various news outlets.” Facebook, on the other hand, has allowed the ad to reach millions of viewers. “And on Tuesday,” the NYT’s Cecilia Kang reports, “the social network rejected a request from Mr. Biden’s presidential campaign to take it down, foreshadowing a continuing fight over misinformation on the service during the 2020 election as well as the impeachment inquiry into President Trump.”

FOR THE RECORD, PART TWO

— MSNBC’s Ari Melber on why the Trump admin is seemingly “worried that more witness testimony about facts could make it even worse” for Trump: “It suggests the evidence will hurt him. It suggests he fears the receipts will bury him…” (Twitter)

— Dave Weigel on right-wing media’s role in all this: “Something that’s been popping out to me from congressional town halls in Trump areas is Democrats repeating basic facts about the probe and the critics in the audience yelling ‘fake news’ and ‘hearsay.’ Just a smooth, efficient pipeline of talking points…” (Twitter)

— Jamelle Bouie’s view: “Sometimes, the simplest answer is the correct one. Why are most Republicans silent in the face of the president’s attempt to cheat his way to re-election? Perhaps it’s because they don’t think it’s wrong — or because they don’t care if it is.” (NYT) 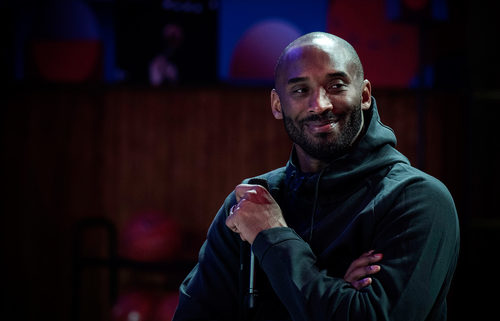