The Justice Department received harsh criticism from Democrats over their handling of the Ukraine whistleblower complaint, but Democrats are now holding their fire on one of their bogeymen: Attorney General William Barr.

The Justice Department seems like a natural target for the Democrats’ impeachment inquiry: The attorney general’s name was mentioned in the July phone call between President Donald Trump and Ukrainian President Volodymyr Zelensky, and Trump pressed the Ukrainians to work with Barr and Trump’s personal lawyer Rudy Giuliani on investigating what Trump claims are corruption allegations against former Vice President Joe Biden and his son.

And the Justice Department produced legal guidance that blocked a whistleblower complaint on the Ukraine call from being shared with Congress, while also publicly announcing that the President hadn’t committed a crime in his interactions, a decision that came after only narrowly looking at possible campaign finance violations.

Democrats, instead, have turned their investigative targets elsewhere, mostly on Secretary of State Mike Pompeo, the White House and the State Department, which is the center of what Democrats say was a corrupt effort by the President to withhold congressionally approved aid for Ukraine in exchange for a Ukrainian probe to dig up dirt on the Bidens. There is no evidence of wrongdoing by Joe or Hunter Biden in Ukraine.

The committee that oversees the Justice Department, the House Judiciary Committee, is now on the sidelines of the impeachment probe after spearheading the effort for months. House Speaker Nancy Pelosi grew frustrated at the efforts of some members of the committee to push for impeachment in the months before the Ukraine scandal spilled into public view, a development that put the Intelligence panel at the forefront of the House’s impeachment probe. Since then, the Intelligence Committee — in concert with two other panels, Oversight and Foreign Affairs — have been leading the charge in the impeachment probe, issuing subpoenas and blistering statements about Trump and the State Department.

Asked if Barr and the Justice Department would come into their crosshairs, a Democratic leadership aide said: “We’ll see.”

A spokesman for the Justice Department declined to comment. But department officials have said that DOJ is a peripheral part of the Ukraine controversy and that Barr pushed for the transcript of the President’s call to be made public.

Justice officials had been bracing for an onslaught of document requests from congressional Democrats, focusing on Barr’s involvement in the department’s handling of the whistleblower complaint and the preliminary assessment of the intelligence community inspector general’s criminal referral. Barr did not recuse himself from the matter, though Justice Department officials have said he had only minimal involvement.

There’s a trove of memorandums and documents related to the whistleblower’s concerns beginning on August 14, when a senior lawyer for the intelligence agency that employs the whistleblower first brought up the issue on a weekly phone call with top national security lawyers at the Justice Department and the White House’s top national security lawyers.

In an agency where lawyers are known to document every interaction, memos began flying back and forth as soon as John Demers, the assistant attorney general for national security, returned from the White House where he reviewed a rough transcript of the July call at the center of the controversy, according to an official briefed on the matter.

The three committees leading the impeachment investigation have issued subpoenas to the State Department, White House, Office of Management and Budget and Pentagon, as well as Giuliani and US Ambassador to the European Union Gordon Sondland.

Of course, House Democrats have little reason to believe the Justice Department will quickly produce those memos if they are subpoenaed. Several House committees have fought the Justice Department for months trying to obtain documents on other matters, including two of the three leading the impeachment probe.

And the House Oversight Committee took the step of holding Barr in contempt, along with Commerce Secretary Wilbur Ross, over subpoenas related to the Trump administration’s efforts to add a citizenship question to the 2020 census.

The House voted to hold both Barr and Ross in criminal contempt, but it was largely a symbolic vote, as the contempt citations were forwarded to the Justice Department, which of course is led by Barr. 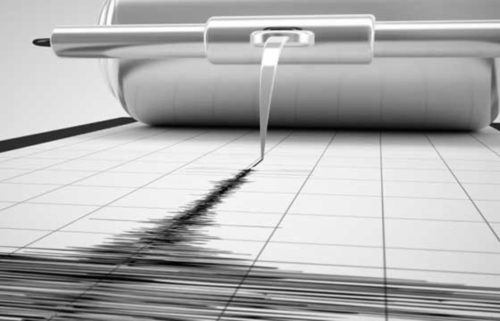