As a successful Wall Streeter, I am often credited with being self-made. Each time I hear that I think of all the help I have had along the way. If it wasn’t for a world-class public education at Fort Hunt High School in Alexandria, Virginia and a government-funded Army ROTC scholarship to Princeton University, I am positive I would not have had the success I enjoy today. In short, people and the government invested in me and my success.

That’s why it angers me to see that children born into impoverished neighborhoods have a very different educational pathway — one marked by punishment rather than investment. Poverty and racism funnel them into prisons instead of colleges and the workforce, fueling the “school-to-prison” pipeline. And that pipeline to prison goes only one way. The other end — the “prison-to-school” pipeline — has been sabotaged.

Today in the United States, incarcerated people are barred by law from applying for federal assistance to pay for a postsecondary education while they’re in prison. Because the majority of those who are incarcerated are indigent, this effectively ends access to college in prison. By doing so, we choose to make incarceration about retribution, rather than rehabilitation or redemption. We also severely limit incarcerated people’s ability to successfully reenter society and contribute to our collective community. This is a costly mistake that continues to drive our overreliance on prisons; harms taxpayers, businesses and our economy; and ultimately does not make us safer.

It is time to rectify that mistake and reinstate Pell grant funding for incarcerated people.

Providing access to college in prison for incarcerated people is not a novel idea. As early as 1965 with the passage of the Higher Education Act, Pell grants — subsidies the federal government provides to help students with financial need pay for college — were also used for higher education in prison. By the 1990s, there were 772 programs in more than 1,000 prisons. Then came the now-infamous 1994 crime bill — back in the spotlight because it was spearheaded by presidential candidate Joe Biden — that provided billions to build new prison fund prevention programs and hire police officers, and it also banned incarcerated people from receiving Pell grants.

After the bill’s passage, colleges and universities dramatically scaled back postsecondary programs in prison — dropping to just eight programs by 1997. As a result, today more than half of America’s prison population is eligible for postsecondary-level courses in prison and jail, yet only about 9% of incarcerated people complete postsecondary education in prison.

Right now, federal policymakers have an opportunity to fix this enormous mistake. The REAL Act, which would reinstate Pell eligibility for incarcerated people, is under active consideration in Congress. This legislation enjoys rare bipartisan support because it would generate substantial societal benefits: saving states money by lowering recidivism, giving more Americans access to desirable careers and building a stronger workforce — one capable of filling the millions of skilled job openings available in America today.

The economic case for providing access to Pell grants for incarcerated people is compelling. The structural barriers we’ve created for those who seek an education while in prison but can’t afford it contributes to large-scale unemployment: 27% of Americans with a criminal record are unemployed, according to the Prison Policy Initiative. This figure is estimated to reduce our national GDP by between $78 billion and $87 billion dollars annually.

Estimates suggest that access to college in prison increases a returning citizen’s likelihood of finding employment by as much as 10%. And attaining an education in prison is among the highest predictors that someone will not return to criminal activity. Nearly half of people who are released from prison return there within three years, but those odds fall by more than 40% for those who take college courses.

As a result, it’s estimated that reinstating Pell could lead to approximately $365.8 million in savings annually. The small amount of taxpayer money allocated to fund Pell in prisons would offset the much larger and more wasteful cost of paying to imprison people a second time, when they could have been rehabilitated and equipped to succeed the first time.

This issue goes well beyond our bottom line. The moral case for reinstating Pell for incarcerated people is clear: As a society, we must equip incarcerated people with the skills to build a life for themselves upon their release. We also know that education is transformative to how people view themselves. This is true, if for no other reason than because it affords a glimpse at a world of opportunities that most justice-involved individuals have never been exposed to. These opportunities provide hope, and for some, a real first chance. 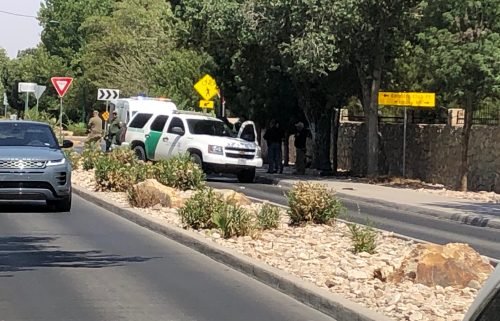