Many of the world’s top carmakers may be racing to make plug-in electric vehicles in response to the climate crisis, but Toyota is hedging its bets by backing an alternative source of power for its cars.

The Japanese company revealed a new version of its hydrogen-powered vehicle on Friday, doubling down on its bet that fuel cells will help secure Toyota’s future as the industry comes under enormous pressure to slash carbon emissions.

The new hydrogen-powered sedan is built on the same platform as Toyota’s luxury Lexus brand’s LS sedan and LC coupe.

Compressed hydrogen gas is combined in a fuel cell with oxygen from the atmosphere to produce electricity that is then stored in a battery. The only byproduct of that process is water, meaning hydrogen vehicles don’t expel harmful emissions.

Toyota has forged ahead with hydrogen power even as it remains bullish on electric cars. In June, Toyota moved forward by five years its goal of having electrified vehicles account for roughly half of sales.

But it still lags behind companies like market leader Tesla and global rival Volkswagen in the battle to dominate electric vehicle production. Toyota sold only 1,000 electric cars last year, according to LMC Automotive, compared to the 220,000 that Tesla shipped.

The latest Mirai has a revamped fuel cell stack that can store more hydrogen. That means the car can drive 30% farther than the previous generation, which had a range of 312 miles (502 km) on a full battery. Toyota did not say how long the new Mirai will take to charge, but the previous model took 3-5 minutes.

Toyota said the car was scheduled for launch starting in late 2020, initially in Japan, North America and Europe. Full details of its performance will be released at a later date. 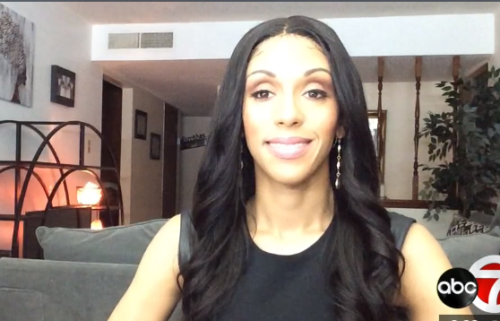