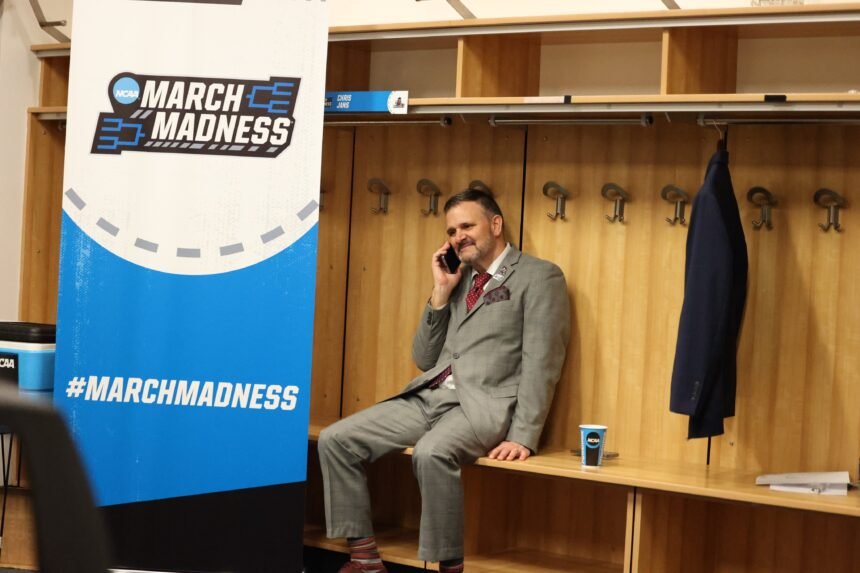 Buffalo, N.Y. -- After leading New Mexico State to their first NCAA tournament of the 21st century, Chris Jans is leaving the program.

Calling Jans "one of the nation's premier bench bosses," Mississippi State confirmed Jans will be their head coach.

"The Mississippi State Family is thrilled to welcome Chris Jans as our next head coach," said MSU Director of Athletics John Cohen. "Throughout our thorough research, what stood out about Coach Jans was his culture of accountability, hard-working mentality, emphasis on player development, and vision for the future."

This ends at five-year run in Las Cruces in which Jans led the team to three NCAA tournaments and most recently, a first round win over 5-seed UConn last Thursday. The upset over the Huskies snapped a 12-game program losing streak in the NCAA Tournament.

The news comes hours after the Aggies fell to Arkansas by final score of 53-48. Jans was also rumored to be a candidate for Kansas State.

It marks of a remarkable run at New Mexico State for Jans, who was hired by current Athletic Director Mario Moccia in 2017. Jans compiled a total record of 122-32 which is good for a 79% winning percentage, the fifth-best among active Division I head coaches.

Jans is the first New Mexico State Men's Basketball Coach to depart for a Power Five job since Lou Henson in 1975. Henson departed for Illinois.

Expect current New Mexico State assistant James Miller to get a strong look as the Aggies' next head man. Moccia has said he will consider Miller for the role.

Athletic Director Mario Moccia praised the team on Twitter after their close loss, sharing photos of the team in the locker room reflecting on the game, at one point huddling with arms stretched out touching each other.

Jans was with the Aggies in Buffalo this morning as the team prepared to fly back to Las Cruces. ABC-7's Nate Ryan is traveling with them.

Stay with ABC-7 as this story develops.