Thats the title of a new book and the topic of this week's ABC 7 Xtra with host Saul Saenz.

The book is a collaborative project of the El Paso First Coalition,
which include a series of essays written by local scholars, journalists and politicians who take a deeper look into the movers and shakers within the city.

Authors of those essays detail the evolution of the downtown district through quality of life bonds and certificates of obligation, from the demolition of city hall to make way for Southwest University park, the controversy surrounding the hiring of Heather Wilson as the new UTEP president, and the controversial sports arena in the Duranguito area, a project that has yet to be built.

But by far the most provocative question this book asks, is who is paying for all the projects, who stands to gain from the projects, and are politicians who El Pasoans voted into office, are they looking out for your best interest, or somebody else's interests?

Saul's guests include one of the authors, Carmen Rodriguez and former state representative, as well a former city council member, Joe Pickett.

Both guests say El Paso city government needs to be more transparent concerning the reasons city leaders arrive at decisions which voters may ot be privy to.

For instance, city leaders have chosen to approve certificates of obligation without voter approval.

According to authors of the book, certificates of obligation are responsible in large part for the city's debt, which is well over a billion dollars. 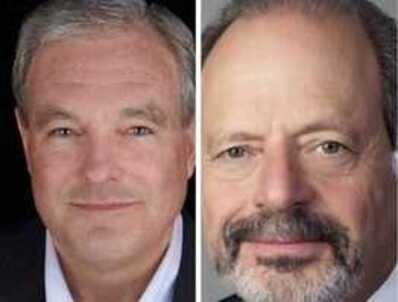