And he noted that those firearms are coming from the United States.

"The majority of the firearms that are used in Mexico, not just in Juarez, to assassinate people have their origin in North America," said the Juarez mayor.

Mayor Cabada made those comments at the end of the second bi-national City Council meeting between El Paso and Juarez.

Juarez is going through a rash of violence, the latest,  buses carrying maquiladoras workers were torched, some of them riddle with bullets, the driver wounded.

According to the El Paso Time,s as many as 50 people were killed this month alone, 1,300 killed in Juarez so far this year.

Mayor Cabada said those bullets and the firearms used in the killings are coming from the U.S.

Juarez city leaders called for a stem to that flow of firearms into the Juarez.

"It has been contemplated that around 70-percent of the firearms used by criminal groups have their origin in the United States. That's why we're saying there should be some type of control to avoid this." said the mayor.

"I think there's things that we need to improve to make both of our communities safer," said El Paso City Rep. Perter Svarzbein.

"He, the president, is talking about Mexico's sovereignty, when it comes to these topics. We should understand and respect the Mexican president, it is our obligation," said Cabada.

Right now, there are signs posted both on the U.S. and Mexico sides of the border letting people know it is illegal to transport firearms into Mexico.

But what Juarez leaders are talking about is the illegal flow of firearms into Juarez, firearms that according to Mayor Cabada, are being used to kill people in Juarez. 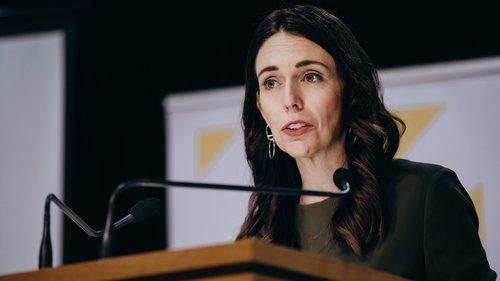