EL PASO, Texas -- If you want to go back on memory lane, a quick search on YouTube can bring back some nostalgia.

And since a time many of us can remember, car salesmen have been trying to entice buyers using unusual tactics.

Then along comes Paige Fox.

“My father always had a passion for cars growing up,” she said. “He
started working cleaning shops in Roswell, New Mexico and just continued to develop the passion.”

A passion that well known car dealer, Steve Fox, passed along to his daughter.

“I worked at the dealership, you know receptionist, working in parts,
helping a little bit in accounting. I probably messed it up,” she said.

But there was something more than selling cars that drew her to the
industry.

“The way that he was able, with his position, to help the El Paso community,
not just with our associates but with healthcare or different organizations
that he was able to give back to and I just really admired that,” she said.

Paige Fox realized stepping into the business would be a challenge.

“For a long time though I thought, as a female I couldn't be in the car
business. I doubted myself and thought it's a man's world and I can't do
it,” Fox said.

She completed a dealership course and then rose through the ranks.

Now she runs Fox Acura, overseeing 30 employees and a lot with more than
200 hundred cars.

"I've met a lot of challenges since I've been in this role, a lot of pushback, but that actually motivates me even more to prove them wrong,” she said.

Being a woman in the car industry can bring some scrutiny.

“I was very insecure first starting and now I’ve really grown into myself and I’m just me, take it or leave it,” she said, even down to the commercials.

“I get, ‘what are people going to wear in the next commercial?'" Fox said.

And you wouldn't guess.

“I rent the dresses so they're not even mine. I rent them and I just go
with what's calling me,” she said.

And her calling has already helped those in need.

“Last year I made my first personal large donation to the El Paso
Children's Hospital and then I make other contributions to local
organizations, whether it's helping out the immigrants, people in Juarez,
to helping coordinate a shoe drive,” she said.

Maintaining a dealership, prepping for the next commercial shoot or looking over the latest sales, Paige Fox said she wants to leave behind a legacy.

Jerry Najera is an ABC-7 reporter/photographer. 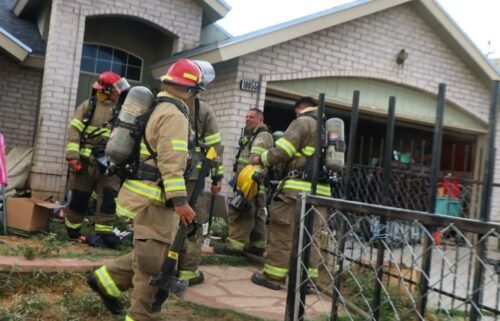