The EPISD new Central Offices are relocating from east El Paso to a renovated building at 1100 N. Stanton Street and a new building across the street on the lot where the old Hotel Dieu hospital used to be.

On Tuesday, the board is expected to authorize the final payment on the multi-million dollar project.

A spokeswoman for EPISD says not all employees will be moving in right away into the buildings that will be housing upwards of 400 employees. Parking was an initial concern, however the district tells ABC-7 these facilities are capable of housing employee and visitor vehicles.

"Between the two parking levels in the garage, at this facility we have about 60 spaces we also acquired a lot at the corner or Arizona and Campbell that gives us another 30 and we are also really proud of a partnership with St. Patrick Cathedral for about 65 spots that we are leasing from them. so we believe that we have ample parking for all of our employees and visitors here," Alan Wiernicki, chief quality officer for the building, said.

EPISD has leased the land its existing Central Office at 6531 Boeing Drive sits on since 1963. The land is actually owned by El Paso International Airport and the lease has been extended at least five times since 2014 when it expired, according to the district.

Initially, the district projected moving into the new facilities in 2017, according to information on the district's website, but the relocation was delayed. District officials tell ABC-7 the city has not charged EPISD penalty fees for staying at the site past 2017.

ABC-7 archives show the school district created a Public Facilities Corporation in 2015. The move was to allow the district to secure construction funding quickly by selling bonds without having to go to voters for approval. At the time, the school board set the limit at $29 million.

"Property taxes were not raised to construct these buildings. The property taxes are being diverted to the bond projects that we are so proud of. We are really hitting the sweet spot with these projects and by the end of the year, we think that the taxpayers will really see the return on investment," Wiernicki said.

Construction and final cost for the building at 1014 N. Stanton Street is estimated at $13.2 million. The renovation of the adjacent building across the street is estimated at $27.3 million, bringing the total construction and renovation cost of both to over $40 million. District officials tell ABC-7 the expenditures come in over-budget, however they did not specify by how much.

"Anytime you open an old building, you have unforeseen challenges with renovations and asbestos and different design due to structural components. Overall, we are very satisfied that the money that we spent on this was spent in a good way," Wiernicki said.

Between both buildings, EPISD will have 11 floors to work with. District officials tell ABC-7 they are downsizing their footprint compared to the Boeing site. This move, they say, will make finding who you need to speak to more efficient.

"This building is going to be here for decades to come, this building is the future of the El Paso Independent School District and we are very proud that it is finally almost complete," Wiernicki said. 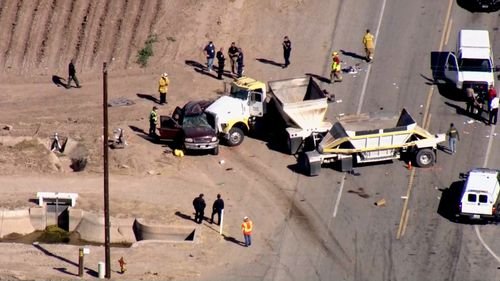