LAS CRUCES, New Mexico - Citing a decrease in funding during the pandemic, New Mexico State University leaders announced the elimination of 57 positions for the 2021 fiscal year.

"We try to minimize the impact on every unit," said NMSU President John Floros in his university town hall last week.

About 55 minutes into the town hall, the university's vice president of student success and enrollment outlined the $11 million budget reduction for fiscal year 2021.

The 57 positions on the chopping block include 39 staffers and 18 faculty members, according to the presentation.

"We had to work through the summer and the last fall to figure out how we were going to deal with some pretty severe budget cuts," Floros said.

An NMSU history professor told ABC-7 that university leaders are paid far more than the educators tasked with teaching students during the pandemic.

There are "very well paid administrative positions juxtaposed against increasingly not filling positions that are needed for teaching," said Jamie Bronstein, the history professor. "At some point, the rubber has to hit the road in the form of larger classes or overwhelmed professors having to teach more classes."

“I think a lot of people have misconceptions about the top heavy thing," President Floros told ABC-7. "When you look at NMSU as a system or NMSU as the university, we are not top heavy… we’re actually fairing very, very well.”

“If everything is going so great, then why do we have to cut positions?" Bronstein asked.

With employees of the university retiring or leaving, the president said that number does not necessarily mean 57 people will lose their jobs. He said the university will announce how many employees are actually being laid off sometime later this year.

“We do lay people off," Floros said. "Not on a regular basis, but it’s a phenomena that takes place year in and year out. There’s a lot of reasons why people get laid off. It’s not always the budget cuts." 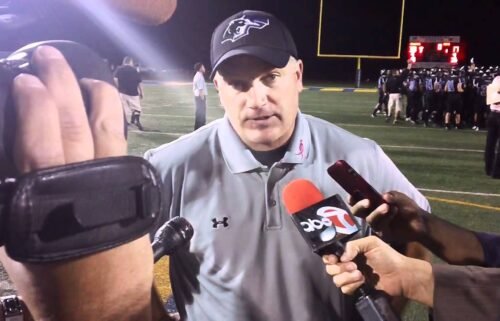