EL PASO, Texas -- The number of dogs entered into the city of El Paso's animal shelter in 2020 drastically decreased from the previous year, bringing mixed reactions from Animal Services and an El Paso animal rescue.

To prevent overcrowding in the animal shelter, El Paso Animal Services started a new program that allows residents to foster stray dogs for a few days while they wait for the owner to locate the dog on a lost and found list.

Roman Herrera, the interim director of El Paso Animal Services, says the new program with the community is more beneficial than the ways Animal Control would handle the dogs in the past.

“If you look at the way we used to just funnel animals in, we’re taking animals out of their neighborhood and severely decreasing their chances of being de-homed," Herrera said. He explained that dogs usually only stray away about two miles from their home.

However, Ron Comeau, who runs Lucy's Dream Animal Rescue, says the new program is dangerous for the community.

“Take care of our community, make them safe," Comeau said. "Don’t just tell them to take dogs off the street and expect nothing to happen.”

Comeau believes people may bring an aggressive dog into their home and it could cause injury to their pets or another person. He also believes that residents should not be doing Animal Control's job.

“We don’t have the budget that El Paso Animal Services has," Comeau explained. "We should not be doing their job.”

Herrera says that when people call about a stray dog, they ask if it is showing any aggressive behavior. If the dog is aggressive, Animal Control will send out someone to pick it up and bring it to the shelter safely.

Scott Noren, who lives in far northeast El Paso, has had a lot of problems with stray dogs near his home. He says he has caught nine dogs in a span of three months that have been trying to eat his chickens.

According to Noren, he has lost close to 70 birds to stray dogs and cats. He said he has tried calling Animal Services out to his home when he captures a dog so they can take it away, but he says they will not come out.

“To say that we’re not responding to calls isn’t an accurate way of doing it. Are we going to ask the community to help if you find a pet and you’re willing to hold onto it and find the owner? Yes, we’re going to accept that help,” he explained. 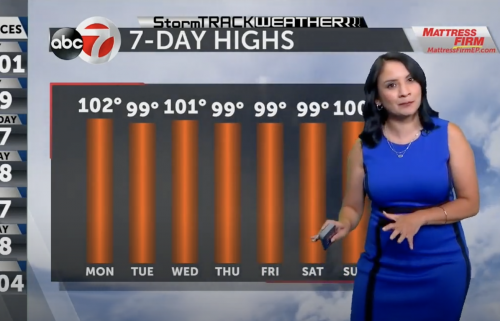