AUSTIN, Texas -- Slightly more than half of Texas registered voters say gun control laws should be stricter; a strong majority would require background checks for all gun purchases, and most would support temporarily taking guns away from people deemed dangerous to themselves and others, according to the latest University of Texas/Texas Tribune Poll.

On the other hand, a ban on sales of weapons often referred to as assault rifles is a non-starter with Republican voters, though Democrats would support it.

Only 13% say gun control laws should be less strict than they are now, and 28% would leave them as they are. Those numbers haven’t changed much since the question was asked in a February 2019 UT/TT Poll. But the numbers of Texans who would loosen the laws has dropped, particularly among Republicans and independents. Support for less strict laws fell to 24% of Republicans, from 29% in the earlier survey. Among independents, it fell to 10% from 23%. And Republican support for stricter gun laws rose over the same period, from 19% earlier this year to 24% in the latest survey.

In the time since the February poll, Texas has been home to two mass shootings: one in El Paso that left 22 dead and another in Odessa-Midland that left 7 dead. But those don’t seem to have made big changes in overall public opinion in Texas.

“The reality is that attitudes to guns are fixed in people’s minds,” said Joshua Blank, research director of the Texas Politics Project at UT-Austin. “A large majority of Democrats are in favor of stricter laws, and Republicans are in favor of current laws, or of loosening them somewhat.”

Requiring background checks for all gun purchases has overwhelming support in Texas, with 81% of registered voters saying that’s a good idea. The level of support varies a bit, but crosses party, gender, political and educational lines. For instance, 93% of Democrats, 74% of Republicans and 73% of independents support “requiring criminal and mental health background checks on all gun purchases in the United States, including gun shows and for private sales.” Women are slightly more supportive of background checks than men, and black and Hispanic voters are more supportive than white voters, but no subgroup’s support was lower than 71%.

Support for so-called red flag laws, which allow courts to temporarily seize guns from people “determined to be a risk to themselves or others,” have the support of 68% of voters, but are much more popular with Democrats than with Republicans. While 87% of Democrats support those laws, 53% of Republicans do. Among independent voters, 57% support red flag laws.

Bans on weapons are less popular overall, and the poll responses illustrate the power of that issue in a political campaign. Overall, 59% of voters support “banning the sale of selected semi-automatic rifles, often referred to as assault weapons,” but that masks Democratic support and Republican opposition to the idea. Among Democrats, 86% support a ban, but only 35% of Republicans do. And while only 9% of Democrats oppose it, 57% of Republicans do. Independents are in between: 56% support, and 28% oppose. The gender gap is large: 52% of men support a ban, and 65% of women do.

“The people who oppose background checks are likely to be a pretty vocal minority,” said James Henson, head of the Texas Politics Project at UT-Austin and co-director of the poll. “And a pretty solid group of Republicans is still against the assault weapon ban. ... Some might have overestimated the degree to which horrific shootings move public opinion.”

A plurality of voters — 43% — say they have a favorable opinion of the National Rifle Association, while 36% have an unfavorable one. The NRA has wide support in the GOP, where 72% of voters have favorable views, and faces strong headwinds among the Democrats, 69% of whom have unfavorable views. Slightly more than half of the men in the survey give the organization passing grades, compared to 37% of women. 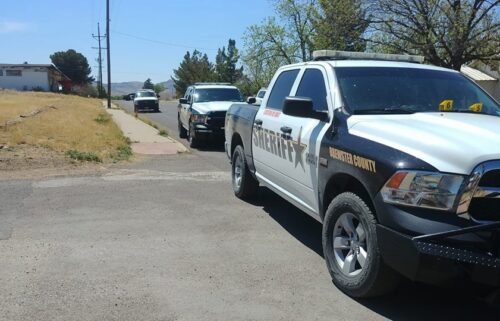