A senior NASA scientist pleaded guilty Wednesday in a New York federal court to lying about his involvement with a program established by the Chinese government which the US says sought to recruit those with access to intellectual property.

Meyya Meyyappan, 66, of Pacifica, California, was charged with one count of making false statements, according to a news release from the Department of Justice.

“Meyya Meyyappan held a trusted position at NASA, with access to valuable intellectual property. In violation of the terms of his employment and relevant laws and regulations, Meyyappan failed to disclose participation in a Chinese government recruitment program, and subsequently lied about it to NASA investigators, FBI agents, and our Office. Now, having admitted his crime, Meyyappan awaits sentencing,” acting US Attorney Audrey Strauss said in a statement.

Since 2006, Meyyappan has been chief scientist for Exploration Technology at NASA’s Ames Research Center in California, the DOJ said.

He “participated in China’s Thousand Talents Program, a program established by the Chinese government to recruit individuals with access to or knowledge of foreign technology or intellectual property, and held professorships at universities in China, South Korea, and Japan, and failed to disclose these associations and positions to NASA and the U.S. Office of Government Ethics,” the statement said.

When he was questioned in October of last year, Meyyappan “falsely stated, among other things, that he was not a member of the Thousand Talents Program and that he did not hold a professorship at a Chinese university.”

He faces a maximum sentence of five years in prison and a maximum fine of $250,000.

Meyyappan is scheduled to be sentenced on June 16, the DOJ said. 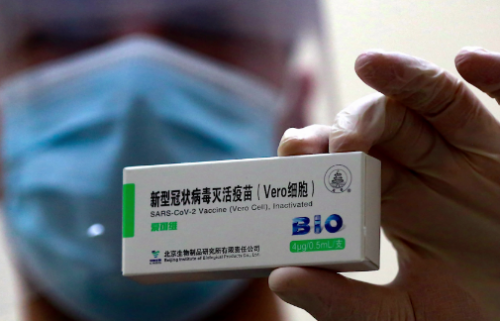