As a child growing up in Sweden, Karolina Jurzyk didn’t pay much attention to her grandfather’s tales of wartime Poland.

Now, however, thanks to a long-forgotten letter, Jurzyk, 35, has uncovered the truth about how her family rescued and hid two Jewish sisters from the Nazis.

Having moved to Stockholm as a baby, Jurzyk grew up hearing from her grandparents about her great-grandfather’s bravery — though details were scant.

“I was very close to my grandparents,” she told CNN. “I spent every school holiday with them in Poland and World War II was very present because they both survived it.”

Her grandfather, Stanislaw Jurzyk, told her that in 1942, aged 12, while playing on the family farm in Gostchorz — a village about 68 miles east of Warsaw — he stumbled across two women, both in their 20s.

Shocked, he told his parents, who revealed that they had been hiding the sisters since finding them in their fields.

“They were badly beaten and very weak,” Karolina Jurzyk, who works as a pattern maker for H&M in Stockholm, told CNN. According to her grandfather, the sisters were orphaned — but they spoke little of their past.

Stanislaw was sworn to secrecy by his father — also called Stanislaw. That same year, his mother, Helena, died in childbirth — leaving Stanislaw Senior to raise the children alone, while still protecting the women.

Under the Nazi regime, anyone found to be hiding Jews risked severe punishment — including the death penalty — if captured.

Jurzyk didn’t know her great-grandfather, who died in 1989, and her surviving relatives knew nothing about the sisters’ fate after they left the farm two years later.

But when her father, Wojciech, 60, recently discovered a letter, her interest was sparked. Tattered and scrawled in old Polish, it was almost impossible to decipher the correspondence that her grandfather had sometimes talked about.

One thing was clear, however: The correspondents’ names — Fela and Jadzia Kejzman. Jurzyk, who until then had only known the women’s first names, ventured online for clues.

Karen Norman, 42, a New York-based real estate agent, replied. She is the granddaughter of Jadzia, whose full given name was Jadwiga.

Norman knew of the rescue but in even less detail than Jurzyk, as, like many Holocaust survivors, her grandmother and great-aunt rarely spoke of their experiences or their early lives growing up in Poland. What she could share, however, was that both sisters raised families in North America; her grandmother in Toronto, while Fela — short for Felicia — settled in Chicago.

“I had tears in my eyes, I was so glad to hear they survived,” said Jurzyk.

The families and MyHeritage now hope to apply to Yad Vashem — the World Holocaust Remembrance Center in Jerusalem — to have Stanislaw Jurzyk Sr. recognized as Righteous Among the Nations.

The process is complex but if successful, the official honor would see him rank among other gentiles who risked much to save Jews during the war — among them Oskar Schindler, Raoul Wallenberg and Miep Gies, who helped hide Anne Frank.

The timing of the discovery is all the more poignant as both families were bereaved over the past year.

And Jurzyk’s grandfather, Stanislaw, died in March after suffering from dementia. He lived long enough to hear the news, however.

“My grandfather apparently became very emotional,” Jurzyk told CNN, as he learned from his son, Jurzyk’s father, that the connection with the sisters’ family had been made. “Somewhere deep inside he knew they were safe.”

Although she regrets not acting sooner, Jurzyk says connecting with Norman has eased the loss of her grandfather’s death.

“I feel our ancestors had such a huge connection and it’s almost as if I have been a part of it as well.

“I’m not a very spiritual person but somehow I feel their energy with me and it’s comforting — it’s like he’s saying … ‘you’re doing a good job.'”

When MyHeritage heard the story they had the letter professionally translated.

Addressed to Stanislaw Senior, it was dated February 10, 1948 and sent from a displaced persons camp in Bamberg, within the US-controlled part of Germany.

They wrote: “A lot of time has passed since the day we said goodbye to you. However, we did not express our cordial thanks to you for all the good that you did for us. We will never forget this noble act of saving our life.”

The women described Jurzyk’s great-grandfather as “a person who has done the best and grandest act of saving human life” and expressed their “most profound gratitude.”

They talked of “a new stage in life” on “blood-soaked German soil,” but outlined plans to emigrate “beyond Europe’s borders.”

Fela appears to have physically written the letter, saying her sister married and had a baby, while she has “a much-loved husband.”

She adds: “My husband already knows you from my accounts and he has asked me to send you his regards and a handshake.”

Signing off, she expresses her intention to stay in touch, saying “the bond of our friendship should be unbreakable.”

More recently, Jurzyk’s father uncovered another letter in his own father’s belongings. In this one, dated November 22, 1949, Fela says she and her husband arrived in the United States after a treacherous sea crossing. She explains that her sister and family remain in Germany but hope to leave soon.

“When I got the message it was the most incredible thing and the saddest at the same time. I really believe it was my great-aunt sending us a sign.”

Norman said she first joined MyHeritage to try to find answers about the sisters’ past.

“Everything was a mystery. We don’t know how they ended up being there or where they were going to. There were bits and pieces we knew but they told us very little.”

Norman has not come across any letters in reply, but she hasn’t yet gone through all of her great-aunt’s belongings.

“Even though there isn’t a lot of information in the letters, it still makes me cry reading them. Just knowing how much Mr. Jurzyk meant to her,” Norman said.

‘They lived because of him’

So far, the two women have only communicated through online messages, but they hope to speak on the phone soon.

“I would not be here if it wasn’t for her great-grandfather,” said Norman.

“They lived because of him. Someone who just saw them as people and worthy of saving. How do you thank someone’s family for something like that generations later?”

Many people researching their family history see the Holocaust as a “black hole,” but evolving technology provides “the opportunity to overcome what was once a critical lack of information”, according to MyHeritage researcher Nitay Elboym.

“We believe stories of rescue are particularly important, because they inspire us to do what’s right on a human level, even when it means taking extraordinary risks,” he said. 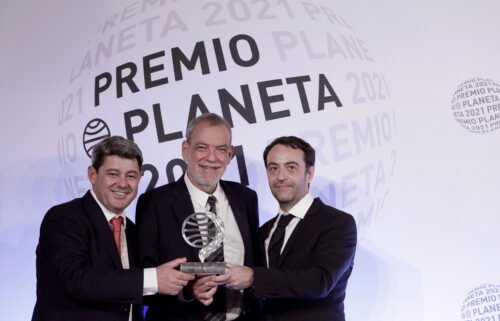 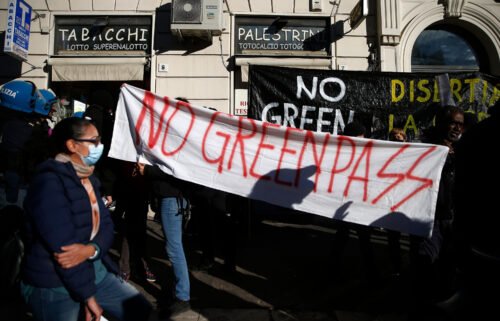