Some of Japan’s victorious Olympic athletes have been subjected to a storm of online abuse from Chinese nationalists following the defeat of their Team China opponents in Tokyo.

As of Friday afternoon in Japan, China and the hosts occupied the top two places in the medal table, with a number of events pitting Chinese athletes directly against their longtime rivals for places on the podium. And that’s raised temperatures on social media.

On Wednesday, Japan’s Daiki Hashimoto won gold in the men’s all-around gymnastics final, edging out China’s Xiao Ruoteng by 0.4 points. At just 19 years old, Hashimoto is the youngest gymnast to ever win the event.

As Japan celebrates his victory, some in China questioned the fairness of the result and accused the judges of favoritism toward the hosts by allegedly inflating Hashimoto’s score on the vault.

The anger, first set off on Chinese social media, soon spilled over to platforms typically censored in China. Chinese nationalist trolls circumvented the Great Firewall and descended on Hashimoto’s Instagram account, inundating his feed with angry comments and tagging him in insulting posts.

Many called Hashimoto Japan’s “national humiliation,” while others accused him of stealing China’s gold medal. Some even tagged him in photos of the atomic bombings of Hiroshima and Nagasaki.

Some of the accounts attacking Hashimoto appeared to be created specially for this purpose, with their entire feeds filled with posts targeting the Japanese gymnast.

Hashimoto later changed the privacy settings on Instagram, so he could no longer be tagged on the platform — but angry comments have kept pouring in under his posts.

The attacks and harassment are emblematic of the rising tide of ultranationalism sweeping through social media in China, which has silenced many of the country’s more liberal and moderate voices online. The nationalist sentiment against Japan has often flared, due to deep-rooted rancor against Japan’s invasion of China in World War II.

Other Chinese netizens criticized the online abuse and called for an end to it, but they were also attacked.

In recent years, Chinese nationalists have launched massive online trolling campaigns against those they regard as Beijing’s political foes, including Taiwanese President Tsai Ing-wen and Hong Kong’s pro-democracy protesters. They also lashed out at Australian Olympic swimmer Mack Horton at the 2016 Rio Games, after he called China’s Sun Yang a “drug cheat.“

Following the latest controversy, the International Gymnastics Federation (FIG) issued a statement Thursday expounding on Hashimoto’s score, including a detailed list of the imperfections.

“The FIG can assess that the 14.7 score obtained by Hashimoto on this apparatus is correct in regards to the Code of Points, and so is the final ranking,” the statement concluded.

In an Instagram post on Thursday evening, Hashimoto expressed gratitude for the support he received, while acknowledging he had received abusive comments on social media.

“You may think the score of the Vault might be unfair, but FIG has given its verdict on the official scoring result…We have to accept the result as it is even it is very difficult to take in,” he wrote.

“The Tokyo Olympics is not over yet…I do hope there will be less smear comments and more praises for the athletes,” he added, sharing a photo of himself, Xiao and the Russian Olympic Committee’s Nikita Nagornyy posing together with medals.

On Wednesday, Mizutani said on Twitter that he had received a torrent of messages attacking him, without directly mentioning China.

“Got tons of DM from a country telling me to ‘Go to hell! P*ss off!’, but I’m totally OK as I’m used to such comments. I’m just happy that I got the whole word excited. All messages from Japanese are cheering me, thank you!” he wrote in the tweet, which was later deleted.

Ito, who has an account on Weibo, China’s heavily censored version of Twitter, had to shut down her feed due to an onslaught of hate comments. She was also attacked on Instagram, where fans have organized themselves to support her against the abuse, leaving encouraging comments and tagging her in positive posts to drown out hate messages.

The attacks have since drawn wide attention in Japan, making headlines and sparking anger on social media.

Speaking at a news conference Thursday, Japan’s Chief Cabinet Secretary Katsunobu Kato said he was aware of the incidents, although not the details.

“We, as the government, believe any discrimination should not be allowed,” he said. “It is also against the Tokyo Olympics’ spirits. We ask everyone to let the athletes to concentrate on their matches so they can do their best.”

Biles, one of the greatest gymnasts of all time, withdrew from the individual all-around competition this week to focus on her mental health. While the 24-year-old has received an outpouring of support for her decision, she has also been viciously attacked by trolls.

On Twitter, some Indian swimmers were trolled for failing to qualify for the semifinals.

Addressing the problem at a news conference Friday, International Olympic Committee (IOC) spokesperson Mark Adams said he didn’t think the IOC could give advice to athletes individually, but he stressed that online abuse has “no place in sport.”

“Such trolling…or aggression is really, really not acceptable and we would completely go against that and support the athletes in every way,” he said. 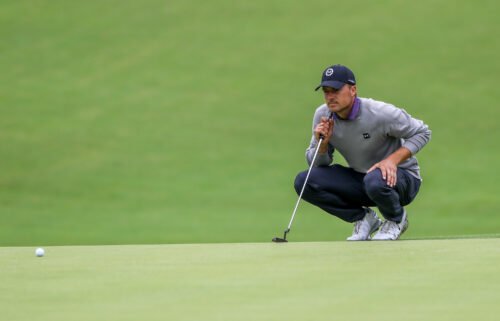 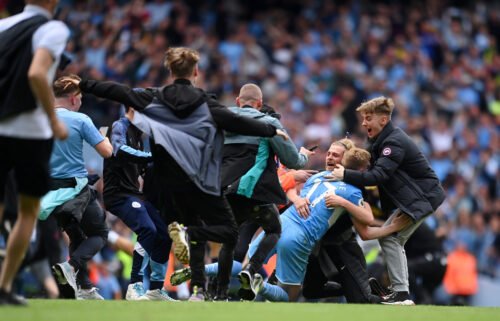 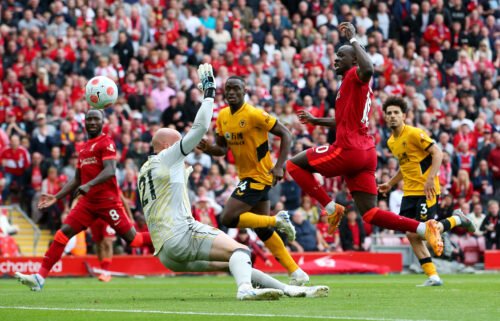