Beto O’Rourke said Friday that he raised $4.5 million in 2019’s third quarter — a three-month stretch that included a nearly two-week fundraising hiatus after the mass shooting in his hometown of El Paso and a surge in donations in the weeks that followed.

That puts the former Texas congressman in ninth place among Democratic 2020 presidential candidates who have announced their third quarter numbers so far. His total is just behind New Jersey Sen. Cory Booker’s $6 million and Minnesota Sen. Amy Klobuchar’s $4.8 million, and well off the $25.3 million that Vermont Sen. Bernie Sanders and $24.6 million Massachusetts Sen. Elizabeth Warren raised as they paced the field.

In an interview Friday, O’Rourke said he is in “a real moment of truth for the campaign.”

Our average contribution was $26—and 99% of our donations were below $200. They came from all 50 states, and 17% of our donors gave to us for the first time this quarter. pic.twitter.com/sw0QyBJf9O

His campaign invited supporters to watch or listen in to a livestream Friday, during which O’Rourke and campaign manager Jen O’Malley Dillon attempted to instill a sense of urgency in his supporters — and explained how they believe he can break through in an environment where impeachment proceedings are dominating national headlines and Democratic 2020 candidates outside the top tier are struggling to show any momentum.

O’Rourke and his top aides said they believe the 2020 Democratic electorate will include more people than expected who are young, Latino or independents who take advantage of same-day voter registration opportunities in Iowa, New Hampshire and Nevada.

“We go to both the likely and the unlikely places, bringing in people who frankly may not be reflected in some of these polls being taken,” O’Rourke said.

But he is also seeking to recalibrate expectations and show that he has a path to accumulate delegates without finishing at the top in Iowa or New Hampshire.

O’Rourke told supporters that his goal is to finish in the top five in Iowa and New Hampshire — the first two states to hold their elections in the Democratic primary.

His campaign believes Nevada, the third state to vote, plays much more to O’Rourke’s strengths, with a sizeable Latino population that aligns more closely with the issues on which O’Rourke is strongest.

Then, O’Rourke and his campaign think he can rack up delegates and build momentum on Super Tuesday — the day on which 35% of Democratic delegates are allocated. The two most delegate-rich states to vote that day are Texas, his home state, and California, which is home to millions of Latino voters and has same-day voter registration.

He also told supporters that he sees opportunities to win delegates in Arkansas, Oklahoma, Tennessee and Virginia — all states O’Rourke has visited recently.

O’Rourke said his message for those who haven’t yet settled on a Democratic candidate is that he represents the party’s best shot at defeating Trump — without leaving room for Trump to question the outcome of the election.

“To them, I say this: There is no other candidate in this field who can compete in blue states and in red states, and in the all-important state of Texas, with 38 electoral college votes — which more than anything else in 2020 would decisively and finally defeat Donald Trump without question, without any chance for him to exploit the results,” O’Rourke said. “It would forever change the electoral landscape in Texas.”

O’Rourke’s third quarter figure is nearly $1 million higher than the $3.6 million he raised in the second quarter. But for a candidate once seen as a small-dollar fundraising dynamo after he shattered records by raising $80 million as a Senate candidate last year and raising $6.1 million on his first day of the presidential race, the numbers are a steep drop.

O’Rourke stopped fundraising and paused his campaign on August 3, when a gunman who had written a racist screed decrying an “invasion” of Mexican immigrants to the United States allegedly killed 22 people in an El Paso Walmart. He returned to the campaign trail on August 15 with a message focused on gun control advocacy — most controversially, including mandatory buy-backs of assault-style rifles — and countering President Donald Trump’s racist comments and actions.

During that 12-day hiatus from raising money for his presidential bid, O’Rourke’s campaign used its massive email list to raise more than $1 million for the El Paso Victims Fund, other causes and down-ballot Democratic candidates.

Since he resumed campaigning, O’Rourke and his aides said his fundraising is on an upward trajectory.

O’Rourke’s aides said they saw a 130% increase in money raised per day after he returned to the campaign trail — and a 150% leap in average contributions per day, an indicator that he brought in more small-dollar donors.

They also said much of the fundraising growth in the third quarter compared to the second quarter came via social media, where they saw a 74% increase in money raised, and via their campaign store, which jumped by 60%. Their fundraising increased by 44% over SMS messaging, 40% on O’Rourke’s website, 33% via email and 30% through ads.

O’Rourke said he believes Democrats are increasingly connecting to his willingness to “call things out for what they are” — including Trump’s racism and talking outside “the approved political message” in calling for mandatory buy-backs of assault-style rifles. 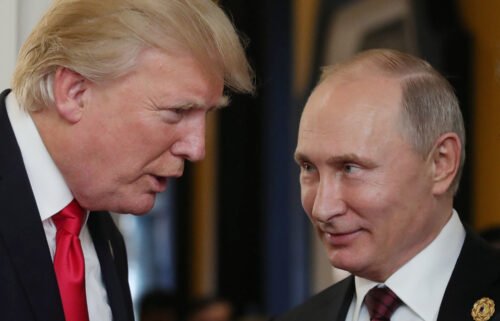