President Donald Trump appeared to confirm Wednesday that US nuclear weapons are being housed at Incirlik Air Base in Turkey, making him the first US official to publicly acknowledge what has been considered an open secret for years.

Most experts believe that the US maintains 50 Cold War-era B-61 “gravity” bombs in Turkey. The weapons are part of NATO’s deterrence strategy and decisions about them have to be made by a unanimous vote of all 28 member states.

While sitting alongside the Italian President in the Oval Office, Trump was asked if he is concerned about the safety of “as many as 50 nuclear weapons at Incirlik Air Base” given the ongoing Turkish incursion into Syria — a situation that has prompted bipartisan condemnation from members of Congress and suggestions that the weapons should be moved to another location.

“We’re confident, and we have a great — a great air base there, a very powerful air base. That air base alone can take anyplace. It’s a large, powerful air base,” Trump responded, apparently acknowledging that US nuclear weapons are being stored in Turkey.

However, Turkey’s military offensive against Kurdish forces in northern Syria following Trump’s announced withdrawal of US troops from the region has called its status as an American and NATO ally into question.

And despite Trump’s comments to the contrary, Turkey’s actions have prompted officials at the State Department and Department of Energy to conduct an urgent review to assess removing nuclear weapons from Incirlik and at what speed, if so, a source briefed on the matter told CNN.

The review was first reported by The New York Times.

While it remains unclear as to whether the administration will move forward with a plan to relocate those assets, sources tell CNN that members of Congress on both sides of the aisle support exploring the possibility, as several lawmakers believe the move is long overdue.

The US has long had nuclear weapons in Turkey, most notably Jupiter missiles that John F. Kennedy secretly withdrew from the country following the Cuban Missile Crisis of 1962, when the Soviet Union and America climbed down from the brink of a nuclear confrontation.

Incirlik, a joint US-Turkish air base, was established in the 1950s in southeastern Turkey. The base played a critical role in the fight against ISIS, as the US launched strikes into nearby Syria.

Questions about the safety of US nuclear weapons stationed in Turkey have been consistently raised dating back to a 2016 failed coup against Erdogan, and the matter has been virtually under constant review by US military officials in recent years.

“The next question to Trump (and DoD) should be why is the United States continuing to store nuclear weapons in Turkey given that Turkey is an increasingly unreliable ally” and “the proximity of the weapons to a war zone,” Kingston Reif, the director for disarmament and threat reduction policy at the nonpartisan Arms Control Association, told CNN.

The number of bombs at Incirlik has decreased over the past two decades from 90 in 2000, according to Hans M. Kristensen, director of the nuclear information project at the nonprofit Federation of American Scientists, who notes that roughly 40 were sent back to the US around 2005 as part of the George W. Bush administration’s unilateral nuclear reduction in Europe.

“The remaining 50 bombs are for use by US jets, even though Turkey never allowed the US Air Force to permanently base fighter-squadrons at Incirlik. Jets would have to fly in during a crisis to pick up the weapons or they would have to be shipped to other locations before use. As a result, the nuclear posture at Incirlik has been more a storage site than a fighter-bomber base during the past two decades,” Kristensen wrote on Wednesday. 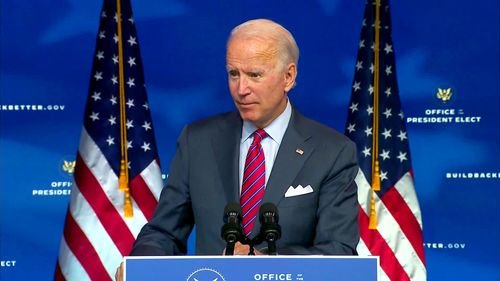