Caution ruled the night of the final Democratic presidential debate before the Iowa caucuses.

There were some clashes on stage, but the generally careful approach from the four candidates that sit atop the Iowa polls — former Vice President Joe Biden, former South Bend, Indiana, Mayor Pete Buttigieg, Vermont Sen. Bernie Sanders and Massachusetts Sen. Elizabeth Warren — suggested they all believe they have paths to victory and weren’t eager to change the race’s course so close to the first real test of 2020.

The CNN/Des Moines Register debate’s most memorable moment might have come from Warren, who, in a direct pitch for her electability, made the case that a woman is best suited to beat Trump in 2020.

Warren and Sanders, after trying to de-escalate their ongoing feud on stage during the debate, appeared to have a tense moment as candidates exited the stage. Businessman Tom Steyer was standing inches from the two during the exchange, but said afterward he had no idea what it was about, leaving everyone wondering what was said.

Here are six takeaways from the debate:

Warren’s pitch for a woman candidate

Warren and Sanders remain at odds over whether he told her, during a private dinner in 2018 about the presidential election, that a woman couldn’t win — neither backed off their previous statements. But both of the populist politicians seemed intent on avoiding a debate stage crack-up.

Instead of litigating the details of the conversation, Warren decided to use the question about it to notch a point for the female candidates of 2020 — and land a cheeky dig at the men.

“This question about whether or not a woman can be president has been raised and it’s time for us to attack it head-on,” Warren said. “I think the best way to talk about who can win is by looking at people’s winning record. So, can a woman beat Donald Trump? Look at the men on this stage: Collectively, they have lost 10 elections. The only people on this stage who have won every single election that they’ve been in are the women.”

Minnesota Sen. Amy Klobuchar, the only other woman on stage, interjected, “So true. So true.”

When asked directly about Sanders’ alleged comment, Warren offered a one-line response, again confirming what four sources told CNN about the meeting and saying she “disagreed” with the suggestion a woman couldn’t prevail in 2020. But that was as far as it went. She quickly added, “Bernie is my friend, and I am not here to try to fight with Bernie.”

Sanders, who has denied making the remark, asked voters to look back at his past rhetoric and remember that he only ran in 2016 because Warren, who had been the subject of a draft campaign by progressives, ultimately passed on challenging Hillary Clinton for the nomination.

“I don’t want to waste a whole lot of time on this because this is what Donald Trump and maybe some of the media want,” Sanders said. “But anybody who knows me, knows that it’s incomprehensible that I would think that a woman could not be president to the United States. Go to YouTube today. They have some video of me 30 years ago talking about how a woman could become president of the United States.”

Tuesday night brought the most substantive foreign policy debate of the Democratic race to date, with tensions flaring in the Middle East bringing the issue to the forefront.

It started with Sanders attacking Biden’s 2002 vote to authorize the use of military force in Iraq.

“Joe and I listened to what Dick Cheney and George Bush and Rumsfeld had to say. I thought they were lying. I didn’t believe them for a moment. I took to the floor. I did everything I could to prevent that war,” Sanders said.

Biden acknowledged that his vote was a “mistake.” But he also said former President Barack Obama — who won the 2008 Democratic presidential primary in part because of his opposition to the Iraq war — put Biden in charge of ending that war.

“I think my record overall, on every other thing we’ve done, has been — compares to anybody on this stage,” Biden said.

It’s a test of whether the issue that helped propel then-Sen. Barack Obama past Hillary Clinton in the 2008 Democratic race retains its political potency 12 years later.

The foreign policy portion of the debate also allowed Buttigieg to highlight his military experience — he was a US Navy Reserve lieutenant who served in Afghanistan.

“I’m ready to take on Donald Trump because when he gets to the tough talk and the chest-thumping, he’ll have to stand next to an American war veteran and explain how he pretended bone spurs made him ineligible to serve,” he said, referencing how Trump avoided the Vietnam War.

The Democratic candidates also agreed that Congress needs to issue a new directive if the United States is going to continue launching new attacks under the auspices of nearly two-decade old votes.

A short, but direct, debate between Warren and Buttigieg on health care highlighted not only their key differences in the race, but how the two candidates are likely to go after each other in the coming months.

The flashpoint of the back-and-forth came after Warren said the “problem” with plans like Buttigieg’s is that while they are an improvement, they are a “small improvement.”

“That’s why it costs so much less,” she said.

Warren supports “Medicare for All,” a sweeping health care proposal that would begin transitioning the United States to a single-payer health care system. Buttigieg, instead, has proposed a “Medicare for all who want it” plan that would not force all Americans onto government health coverage but would offer a public option for people who choose to enroll.

Buttigieg shot back — but did so with a subtle line that highlights the Buttigieg campaign’s belief that Warren’s candidacy is divisive and would turn certain voters off.

“It’s just not true that the plan I’m proposing is small,” Buttigieg said of Warren. “We have to move past the Washington mentality that suggests that the bigness of plans only consists of how many trillions of dollars they put through the Treasury, that the boldness of a plan consists of how many Americans it can alienate.”

At the same time, Warren’s overarching view on Buttigieg — that he is proposing middle of the road plans that fail to excite people or fully address an issue — was laid out during the exchange.

Klobuchar needed a star turn in Tuesday’s debate to catapult her out of fifth place in Iowa — the state on which her hopes for the nomination swing.

She positioned herself as the moderate aggressor in the progressive-against-moderate dynamic that has defined several Democratic debates and was on display again Tuesday night in portions over child care, college tuition and more.

Sanders and Warren have advocated making tuition at public universities free. But Klobuchar argued that tax money should be focused on connecting educational opportunities with jobs that need to be filled.

Klobuchar sought to focus on issues where a harshly divided Congress could realistically make a difference. She shined a spotlight on Americans’ struggle to afford long-term care for the aging, and she touted her efforts to lower prescription drug costs.

Klobuchar also criticized the Senate GOP for considering going ahead with Trump’s impeachment trial without any witnesses.

The former vice president has arguably the single most important asset of any Democratic 2020 candidate: Deep, consistent support from black voters — the constituency that will decide the South Carolina primary and tip a large share of the delegates on Super Tuesday.

And on Tuesday night, it went unchallenged.

The two leading black candidates to enter the 2020 race, California Sen. Kamala Harris and New Jersey Sen. Cory Booker, aggressively challenged Biden’s record on race in early debates — but both have since dropped out.

The candidates could have steered questions over climate change, child care, health care and more toward racial injustice. With a few exceptions — most notably, Warren in her closing statement — they didn’t do so.

It’s set the Democratic race up for a scenario where Biden could be hard to beat if he turns in strong performances in Iowa and New Hampshire, because after those two states vote, the primary shifts to states with more diverse electorates.

Buttigieg was asked directly about his struggle to win over black voters and said that “the black voters that know me best are supporting me,” pointing to backers in South Bend.

He went on to say that “of course there is a much longer way to go in my community and around the country” on issues of race, he will “be a president whose personal commitment is to continue doing this work.”

“The biggest mistake we can make is take black votes for granted. I never will,” he said.

Buttigieg later returned to the issue — unprompted — during his closing argument, when he said, “If you’re a voter of color, feeling taken for granted by politics as usual, join me.”

Both moments highlight the existential threat to Buttigieg’s candidacy and the fact that the former mayor knows he needs to address the issue before the primary fight turns to more diverse states like Nevada and South Carolina. 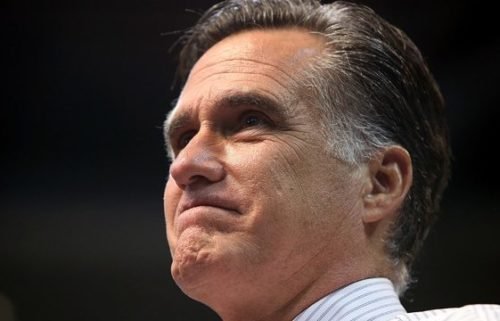