The assessment from Navy Cmdr. Sean Conley comes as Trump is traveling to Sanford, Florida, to headline his first campaign rally Monday since becoming infected with the coronavirus. Conley had said in a written memo released over the weekend that Trump is no longer at risk of spreading the virus to others.

Conley says in a fresh update released Monday that Trump tested negative for Covid-19 on consecutive days using a newer 15-minute test. He did not say when Trump was tested.

Trump announced Oct. 2 that he had tested positive for the disease caused by the coronavirus. He was admitted to Walter Reed military hospital that night and released on Oct. 5.

Over the weekend, Trump addressed scores of supporters who crowded onto the White House lawn from a balcony. 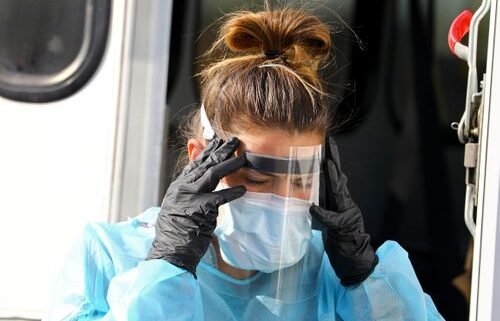