Chairman of the Joint Chiefs of Staff Gen. Mark Milley warned a Russian invasion of Ukraine would be “horrific” for the country and would result in “significant” casualties as he urged Russian President Vladimir Putin to choose a diplomatic path instead.

“Given the type of forces that are arrayed … if that was unleashed on Ukraine, it would be significant, very significant, and it would result in a significant amount of casualties,” Milley said at a Pentagon press briefing Friday. “You can imagine what that might look like in dense urban areas, along roads, and so on and so forth. It would be horrific. It would be terrible. And it’s not necessary. And we think a diplomatic outcome is the way to go here.”

Milley and Defense Secretary Lloyd Austin briefed reporters Friday on the US military’s preparations ahead of a possible Russian invasion with tens of thousands of Russian troops massed on the Ukrainian border, which prompted Austin this week to put 8,500 US troops on alert for possible deployment to support NATO in Eastern Europe.

Milley spoke of Ukraine’s geography, noting that when its “high water table” freezes, “it makes it for optimal conditions for cross-country tract and wheeled vehicle maneuver.”

“There are many people and highly dense population centers throughout Ukraine. And if war were to break out on a scale and scope that is possible, the civilian population will suffer immensely,” he said.

Milley’s remarks stand in contrast to the message coming from Ukrainian President Volodymyr Zelensky. Zelesnky spoke to US President Joe Biden by phone Thursday, where the two leaders disagreed on the urgency of the threat Russia poses, and Zelensky reiterated his view speaking in Ukraine Friday that the rhetoric risks causing panic and destabilizing his country’s economy.

“They are saying tomorrow is the war. This means panic,” Zelensky told reporters.

But Milley said that he thinks Russia’s actions “feel different” than previous escalations. “This is larger in scale and scope in the massing of forces than anything we’ve seen in recent memory, and I think you’d have to go back quite a while into the Cold War days to see something of this magnitude,” he said.

‘It will not be cost free’

Milley noted that the combat capabilities of the Ukrainian military have improved since 2014, “but they need additional help to defend themselves especially from an invasion force the size that Russia is currently massing.”

Still, Milley said that “if Russia chooses to invade Ukraine, it will not be cost free, in terms of casualties, or other significant effects.”

Milley said the US has no intent of putting “offensive forces” anywhere to “attack Russia,” adding that the current situation between Russia and Ukraine “is entirely engineered by Russia and President Putin.”

Austin said that no decision had been made yet to deploy the US forces on heightened alert to Eastern Europe. He said the main goal of troops, which would primarily be deployed to support NATO’s quick response force, was about “reassuring our allies.”

“This is about our allies trusting us. And so, that’s really what we’re focused on,” Austin said. “And we, you know, Mr. Putin, at some point, will reveal what he’s thinking. But again, I’m not sure that he’s made the final decisions on what he’s going to do yet.”

Russia has continued to claim it is not planning to attack Ukraine. In an interview with Russian journalists Friday, Russian Foreign Minister Sergey Lavrov said, “if it is up to the Russian Federation, there will be no war. We don’t want a war.”

“We need to see Russia pulling some of the troops that they have deployed away from the Ukrainian border and taking other de-escalatory steps,” the administration official said on a call Friday.

The United States requested a United Nations Security Council meeting Monday on Ukraine, which it sees as an opportunity for Russia “to explain its extraordinary military buildup on Ukraine’s borders and its other threats and destabilizing acts,” the senior administration official said Friday.

“While I do think there will be some deflection and perhaps some disinformation — we know that playbook — but there’s also a clear opportunity for Russia to tell the Security Council whether they see a path for diplomacy or are interested in pursuing conflict,” the official said. “And I also think this will be an opportunity — and will be very important — for Russia to hear the position that other council members take on these fundamental principles of the international order.”

“We hope and expect that our council colleagues will express their desire to pursue a path of diplomacy rather than the path of war,” the official said.

The official said the US felt “it would be a dereliction of the Security Council’s duties to take a wait and see approach,” and said US Ambassador to the UN Linda Thomas-Greenfield will “present the facts of the case and clearly articulate what’s at stake for European and global peace and security.”

There is no statement or Council action expected from the meeting.

A second official said the US Mission to the UN has been actively engaged with others in New York, including Ukraine, other European nations including Germany, China and Russia.

“We’ve been in very active dialogue with China, obviously about range of issues, but also, in particular, this situation, Russia and Ukraine,” they said. “We’ve been an active diplomatic conversation with the Chinese mission in New York about this meeting and the issue as it comes to the Security Council as well.” 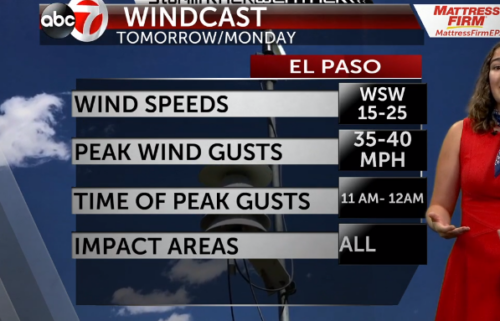