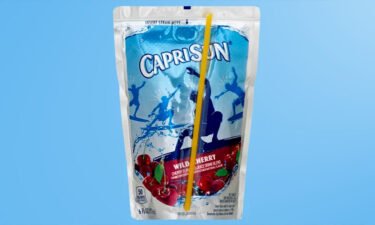 EL PASO, Texas -- A runoff race to determine who would preside over the 388th District Court, which has the power to determine outcomes in cases such as divorces, child custody and protective orders, was decided by El Paso voters Tuesday night in a race wrought with negativity.

Democrat incumbent Judge Laura Strathmann was unseated by challenger Marlene Gonzalez, ABC-7 projected. The margin of victory for Gonzalez ended up at 53.5% of the vote compared to 46.5% for Strathmann.

Since there is no Republican competitor for the general election, Gonzalez will preside over the family court.

Allegations of dirty campaigning between the pair in the weeks leading up to the election included improper use of campaign workers, sign removals and social media harassment, among others.

The manner in which the race unfolded left the president of the El Paso Young Democrats disheartened.

“There’s been a lot of negativity around that race and I understand the competitiveness and the importance of that judicial district, especially because it is a family court, but some of the practices that we have been seeing are just absolutely abhorrent and not reflective of our organization or really the way we should be trying to run for things in El Paso,” said 19-year-old  J.J. Martinez, president of the El Paso Young Democrats.

Martinez said prior to Tuesday's vote that while his organization had endorsed Strathmann, he believed both candidates needed to set better examples for young voters.

“We have to just be better as human beings and really elevate the conversation past these petty discussions and we have to hold ourselves accountable not just the candidates in our spaces,” Martinez said. “At the end of the day we all just want what is best for our communities and we want the people that represent us to be the best people for that job — in general we have to do better.”

Strathmann said prior to Tuesday night's loss that she had been above board throughout her campaign.

“I think that the campaign style that Mrs. Gonzalez has is a direct result of what we have seen in our nation over the last four years. So with regard to whether either one of us should be on the bench, of course as far as I’m concerned I should be the judge of the court,” Strathmann had said.

Gonzalez did not respond to multiple requests for comment prior to Tuesday's voting from El Paso Matters.