“I’m confident that Rebeca will be a shining example of what a Justice on the Supreme Court of Texas can be and will be,” Abbott said of Huddle, who served on the Texas First Court of Appeals from 2011 to 2017 and is currently a commercial litigation attorney at the Baker Botts law firm based in Houston.

“Her legal skills are absolutely extraordinary,” Abbott explained. “She has a proven respect for the rule of law and for the role of the Constitution.”

Huddle will replace former state Supreme Court Justice Paul Green, who retired at the end of August after 15 years on the bench.

She called the appointment “a tremendous honor" and pledged “even-handed, impartial, fair and respectful treatment for every litigant.”

“I’m so deeply honored to do the work that’s awaiting me at the Texas Supreme Court,” she added.

Huddle, a Republican who is an alumnae of the University of Texas School of Law, will become the ninth member of the court; the other eight justices are also Republicans. Four members, including Chief Justice Nathan Hecht, face re-election in November.

“Rebeca Huddle brings remarkable experience to the Court,” Hecht said, “a litigator who has spent her career in the courtroom, seven years as an appellate justice and, most recently, managing the flagship office of one of Texas’s oldest and largest law firms. She will serve the people of Texas with distinction and the Court is proud to have her join us.”

The court, Texas’ highest for civil matters, hears cases on everything from oil and gas royalties to plastic bag bans to election law disputes.

Huddle will serve out the remainder of Green's term, through the end of 2022, and then face election. No El Pasoan has ever been elected to statewide office. 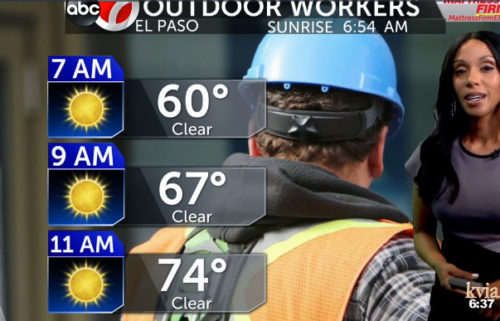