EL PASO, Texas -- The El Paso Department of Public Health said Thursday afternoon that much of a spike involving nearly 200 additional coronavirus cases it had reported earlier in the day was tied to a local correctional facility.

Although the city health department refused to specifically identify the detention facility, it is the Rogelio Sanchez State Jail and the 145 newly reported cases there had actually been disclosed days ago by the Texas Department of Criminal Justice.

City officials couldn't explain why there was a lag in reporting those numbers in its official count, maintaining that "we release information as we receive it"; they also haven't indicated why they didn't disclose the jail cluster when they announced 197 new cases in El Paso earlier in the day.

The infections increase, stemming in large part from the jail cluster, amounted to the largest single-day rise in cases since the pandemic reached El Paso.

In providing the city's daily coronavirus update, Health Authority Dr. Hector Ocaranza had contended Thursday morning that "this spike clearly shows that many people do not adhere to the warnings and preventative measures we have clearly stated."

However, Ocharanza's statement seemed to be at odds with the later disclosure that the majority of the new cases were actually the result of a jail population outbreak.

A city spokeswoman sought to downplay the discrepancy, saying there was still a 52-case increase on Thursday aside from the jail outbreak. She added that Ocaranza has been consistent in his messaging about "the community's need to heed the health warnings" ever since double-digit and sometimes triple-digit daily case increases started happening back on May 12. 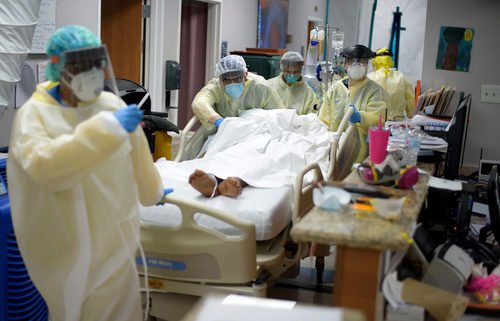