The health department reported a record 1,216 new cases on Saturday, as well as 75 unreported cases from earlier, increasing the total number of additional cases reported to 1,291. The number of active infections jumped to just shy of 11,000 at a record-level of 10,911.

Officials reported the 572nd death of the pandemic, a woman in her 40s. The City-County Health Authority has indicated the death toll is expected to see significant increases in the coming weeks due to the huge spike in cases and hospitalizations.

There were a record 715 patients in El Paso hospitals due to Covid-related illness as of Saturday morning, representing nearly 2% of hospitalizations nationwide. El Paso hospitals have seen a staggering 203% increase in Covid patients over the past two weeks. In addition, record numbers of virus patients Saturday required intensive care (199) and the use of ventilators (85).

In a statement, El Paso's Public Health Director Angela Mora said that, “Today’s spike is part of an unfortunate national surge that we have been planning and preparing for," citing a record amount of virus testing taking place at 50 sites across the community and the hiring of 250 contact tracers.

But despite those efforts, the health department's own data Saturday showed the local health system is being taxed at unprecedented levels that it is seriously struggling to keep up with.

The average positivity rate, or percentage of all tests performed that are coming back positive, stood at a record 14.88%. Johns Hopkins University says the "threshold for the percent positive being “too high” is 5%," which it says is a clear indicator of "high coronavirus infection rates due to high transmission in the community."

A second major challenge is the lag time in receiving test results. The health department's Covid-19 dashboard on Saturday morning showed less than 40% of all test results are being returned within 72 hours (3 days).

That lag time, in turn, can hinder contact tracing efforts -- which health department data showed has slipped to just 32% within 48 hours after the positive test results are received. Experts say such delays lead to increased virus spread in the community.

Mora maintained Saturday that local government and health leaders "have done and will continue to do our part to protect our community."

"But now," she said, "we need our community to help us by doing their part and staying home, if and when possible, for the next two weeks in order to stop the rapid the spread of the virus.”

Complete health department virus data can be found at epstrong.org. 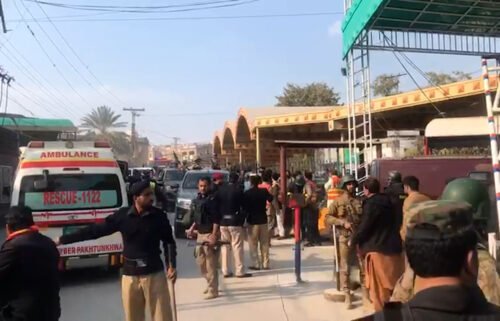