Out of this world and out of smiles for how cute Daryl and Connie were.

That pretty much sums up the first episode of Season 10 of “The Walking Dead,” which premiered Sunday night on AMC.

The action started in outer space with a USSR-era satellite hurtling toward Earth before shifting to the action on the ground where some of the survivors were training for battle.

More skirmishes between the colonists and the Whisperers are inevitable so if you stay ready you don’t have to be ready.

But instead of the death to come, let’s focus on some possible love.

Daryl (played by Norman Reedus) and Connie (Lauren Ridloff) gave us some adorable moments, with him revealing the rudimentary sign language he’s learned so he can communicate with her.

He’s had a bond with Carol (actress Melissa McBride), but viewers have long wanted a romantic relationship for him and Twitter lit up.

“What I really enjoy about those two together, they have such an interesting dynamic and chemistry, which just has popped from the beginning,” showrunner Angela Kang told EW of the possible burgeoning couple.

“I think what we’re showing is that they certainly have a blossoming friendship and connection,” Kang said. “We see that Daryl has been teaching himself sign language, which certainly says something, that in the mildest form he is doing his best to welcome somebody who needs to use ASL to communicate.”

Reedus told the publication he doesn’t know if the characters will end up together or not.

“It’s really fun and she’s helping me a lot on set learning sign, and I’ve made a couple of mistakes here and there but she laughs it off,” he said. “I think the bond between them is a genuine bond and there’s a lot of respect there.”

The premiere wasn’t the only “Walking Dead” moment this weekend.

“Fear The Walking Dead,” the show’s latest spinoff, is set to air on Amazon Prime in parts of Europe, Deadline reported, and there was plenty of chatter about the highly anticipated movie spinoff at this weekend’s New York Comic Con. 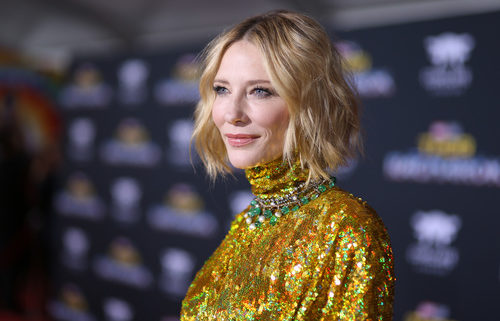