Remember when Michael Jordan stepped on court in pair of red and black sneakers, broke the NBA’s rules and kicked off the multibillion-dollar celebrity-endorsed footwear industry?

Jordan was already a phenomenon when he skipped senior year at the University of North Carolina to be drafted by the Chicago Bulls in 1984. He turned pro with a $6-million contract for the Bulls and immediately signed a sponsorship deal that would become the first of its kind.

Never before had a rookie had a shoe named after them. Nor had a player earned anything like the five-year $500,000-a-year deal that ESPN claims Jordan struck with Nike, which produced the first Jordan sneakers and built the empire of branded apparel that has followed in its wake, worth $3.1 billion in the last year.

When 21-year-old Jordan stepped on court for the Chicago Bulls in a preseason game against the New York Knicks in October 1984, the rookie’s trainers — a black and red combo that the player later dubbed “the Devil’s colors” — caught the attention of the NBA’s top man, commissioner David Stern.

Nike still has a framed letter from the NBA explaining that the association’s “rules and procedures” prohibited Jordan’s shoes. Though the letter didn’t state it explicitly, the shoes violated the “51% rule,” which demanded that players’ footwear be mostly white, and in keeping with their team’s jerseys.

For years, Nike capitalized on the controversy, putting black censor bars over the sneakers in TV ads and, later, reissuing the original Air Jordan 1 (AJ1) as the “banned” edition.

All of this was designed to bolster Jordan’s reputation as a singular athlete — a man who made his own rules. But Nike’s myth stretched the truth.

It has entered folklore that Jordan was fined $5,000 for every game in the 1985 season in which he wore the original black and red AJ1 sneakers. Nike has often said that it picked up the tab for Jordan’s audacity at its headquarters in Beaverton, Oregon, according to Yahoo Sports.

However, Jordan is not known to have worn the shoes at a game during the regular season, meaning it was unlikely he was ever fined. And the Chicago Tribune claims the shoes he wore were not AJ1s, but black and red versions of an existing Nike model, the Air Ship, mocked up to look like the Jordan model that was still weeks away from hitting stores.

Still, the controversy — along with a breakout season in which Jordan became a national star — ensured the “banned” original AJ1s achieved infamy. Jordan wore the real AJ1s at the NBA’s annual Slam Dunk Contest in 1985, with the resulting photographs of him mid-flight helping sell the idea that there was something special about the sneakers. So began the dynasty of Jordan trainers. Each year since has seen the release of a numbered edition, which reached its 34th installment this September, in addition to numerous special editions and reissues.

In the decades since, Jordans have spawned an army of imitators. Today, a new pair of Jordans will set you back more than $200, while classic and rare editions trade hands for thousands, if not tens of thousands of dollars.

The follow-up Air Jordan II, released in November 1986, was the first to feature the “Jumpman” logo, which has become the icon for the brand, but has now spread beyond the basketball court. Since 2018, it has featured on the jerseys of French soccer team Paris Saint Germain.

Nearly two decades after his last NBA game, Jordan will earn $130 million this year from the endorsement, according to Forbes — four times more than Lebron James, the second-highest earner.

In reality, the biggest threat to Jordan’s blockbuster deal had never been the NBA, but the star’s own apathy towards Nike, according to a history of the brand written by ESPN. Jordan never wanted to wear Nikes. He wore Converse in college, and apparently had his heart set on signing a deal with German rivals Adidas.

In fact, neither party was convinced from the start, writes the Los Angeles Times. Nike boss Phil Knight was skeptical that Jordan — drafted third in an preternaturally talented year that also included Charles Barkley — was his man to throw the company’s weight behind.

Today, 16 years after his final NBA game, one of the world’s highest earning athletes of all time — a singular sportsman who built a global reputation for doing things his own way — will be grateful he listened to his mom. 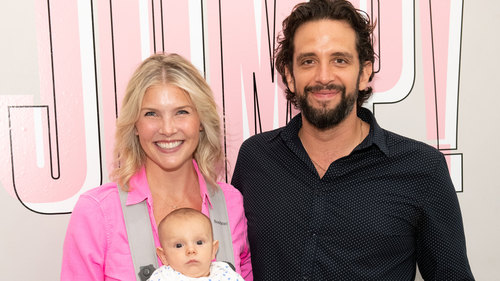