More than six decades after his death, James Dean has been “cast” in a new film and some people are angry about it.

According to The Hollywood Reporter, Dean will appear in the forthcoming Vietnam-era action drama “Finding Jack.”

Magic City Films, the production company behind the film, announced that it had obtained rights to use Dean’s image from his estate and using CGI technology would include actual footage and photos of Dean in the movie.

Since then, Dean has become an iconic figure and news of his posthumous casting stoked anger among even some of his most famous admirers.

“Captain America” star Chris Evans tweeted on Wednesday “I’m sure he’d be thrilled” with an eye-rolling emoji, referencing what he believed would be Dean’s reaction to such news.

“This is awful. Maybe we can get a computer to paint us a new Picasso,” Evans wrote. “Or write a couple new John Lennon tunes. The complete lack of understanding here is shameful.”

Actor Elijah Wood, best known for his roles in the “Lord of the Rings” films, agreed.

“NOPE,” Wood tweeted. “This shouldn’t be a thing.”

Anton Ernst, who is co-directing the film, told The Hollywood Reporter they “searched high and low for the perfect character to portray the role of Rogan, which has some extreme complex character arcs, and after months of research, we decided on James Dean.”

“We feel very honored that his family supports us and will take every precaution to ensure that his legacy as one of the most epic film stars to date is kept firmly intact,” Ernst said. “The family views this as his fourth movie, a movie he never got to make. We do not intend to let his fans down.”

Prior to his death, Dean acted in only three films that were released: “Rebel Without a Cause,” “East of Eden” and “Giant.”

Evans and Wood were not alone.

Twitter was filled with those not happy about Dean’s casting.

“I need a full day to lay down and process that they’re using James Dean CGI to project him into a Vietnam War movie when he was actively anti-war and would never been in this movie in life,” one person tweeted. “Like how soulless and dystopian was the executive making that decision.”

Zelda Williams, daughter of the late actor and comedian Robin Williams, also weighed in on the controversy.

“I have talked to friends about this for YEARS and no one ever believed me that the industry would stoop this low once tech got better,” she tweeted. “Publicity stunt or not, this is puppeteering the dead for their ‘clout’ alone and it sets such an awful precedent for the future of performance.” 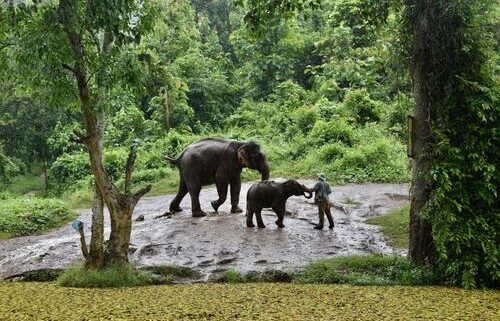