Charlie Carver, who appears in the upcoming “The Batman” film, revealed in a speech that he felt unsafe in school growing up because he is gay and many kids weren’t so understanding.

Carver, who came out in 2016 in an Instagram post, just won the GLSEN Gamechanger Award. GLSEN works to create safe and inclusive schools for LGBTQ students.

In his acceptance speech posted on the organization’s website, Carver wrote: “I always knew I wanted to do something with my life that might help young people in their relationship to shame. I didn’t want spectacle. I just wanted to reveal this part of myself in a kind of way I wish I’d been able to share all those years ago in school as a simple wonderful fact of who I was.”

He continued, “It was my hope that by writing this post and sharing why I’d arrived at the decision to come out professionally that some young person out there could feel the change that I felt was coming and had been coming and would be coming, the change we all hope for and work for and wait for in our lives as LGBTQ folks.”

Carver discussed his own issues while at school, saying, “There was just this abiding sense that school wasn’t safe or more than anything, if I let my guard down and if I fully relaxed into a state of belonging that something swift and terrible would come and find me. And I recognize now that that thing I was so afraid of, the thing I was sort of running from and trying to manage, was my own shame.”

He adds that LGBTQ kids are “resilient” and “compassionate.”

“LGBTQ kids really suffer from the shaming they interject on the internet, often at school and sadly sometimes at home and it affects them for the rest of their lives. But I believe LGBTQ people are resilient and, in some ways, particularly special,” Carver said. “I think we seem inherently capable at thinking compassionately, acting courageously, working creatively and living in community. But those qualities, those essential qualities can really only emerge in an affirmative, safe and encouraging environment.”

(“The Batman” is produced by DC Films, a unit of Warner Bros. CNN, like Warner Bros., is owned by WarnerMedia.) 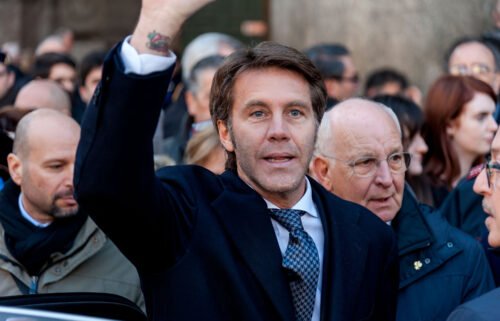